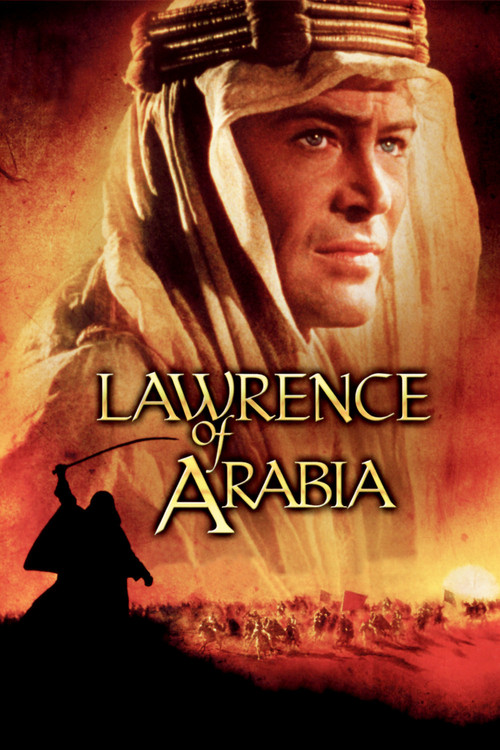 This larger than life biography of soldier/adventurer T.E. Lawrence chronicles this figure's Herculean efforts to unify Arabian tribal groups in their fight against the ruling Turks during World War I. While the film takes some liberties with historical fact, it still provides an incisive character study of this unusual figure, as well as a vivid glimpse into a pivotal moment in history.

"Lawrence" is visually astounding, with panoramic desert vistas and jaw-dropping battle scenes. Beyond the epic elements, legendary director David Lean snatched the promising newcomer Peter O'Toole to star as the desert dwelling Brit. Lean surrounds the young actor with a top cast including Omar Sharif (in his first English-speaking picture), Alec Guinness, Anthony Quinn, and Jose Ferrer. But O'Toole, handsome and assured in the lead, carries the film, conveying the essential mystery of this exceptional man.