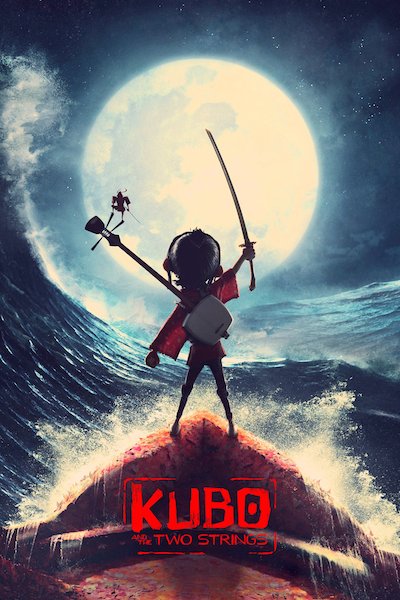 Kubo and the Two Strings

Young Kubo (Parkinson) mesmerizes the people of his village with his heroic tales, playing his shamisen as his characters spring to life in wild origami creations. He lives in a remote spot with his widowed mother, who tells him stories about his brave samurai father Hanzo. When Kubo’s evil grandfather, the Moon King (Fiennes) comes for revenge, Kubo joins forces with Monkey (Theron) and Beetle (McConaughey) on a quest to find his only means of defense: three pieces of his father’s missing armor.

Beautifully blending exquisite stop-motion animation with computer-generated backgrounds, this magical, Oscar-nominated adventure from studio Laika’s CEO Knight was over ten years in the making. Drawing on Japanese Manga and the iconic works of both Kurosawa and Hayao Miyazaki, Knight weaves a tale of child-like wonder and mature, complex themes. Spot-on voice talent, especially from the melodic Theron, combines with stunning visuals to create a mesmerizing, enchanting fantasy.