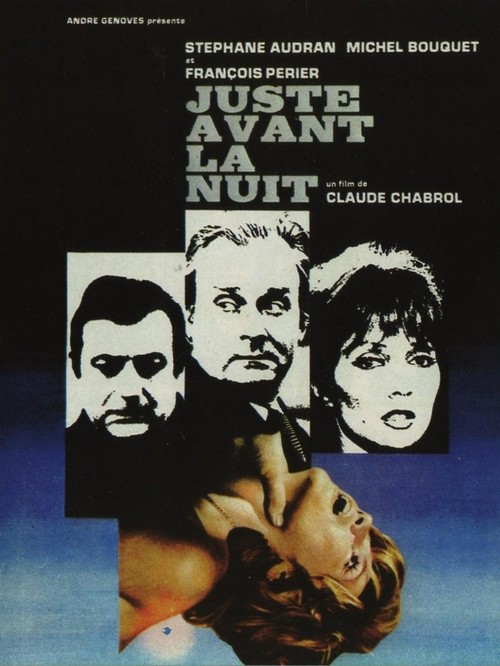 Bourgeois businessman Charles (Bouquet) kills his lover Laura during sado-masochistic love play, then shares a ride home with his friend Francois (Perier), who just happens to be Laura's husband! Charles's lovely wife Helene (Audran) soon begins to sense a change in her husband, and no wonder. Though he seems to have gotten away with murder, the crime is eating him up inside. Is Charles wracked with guilt about the crime itself or the fact he may never be caught?

French New Wave director Chabrol executes yet another fascinating variation on his favorite theme: murder among the bourgeoisie. His sleek, detached filmmaking style is just right for this cerebral thriller. Bouquet appears composed, yet we can discern stifled emotions bubbling just beneath the surface. Audran (Chabrol's then-spouse) is superb as the loyal wife who senses something's amiss (she won a BAFTA award for this). Don't miss this underexposed gem in the Chabrol oeuvre.