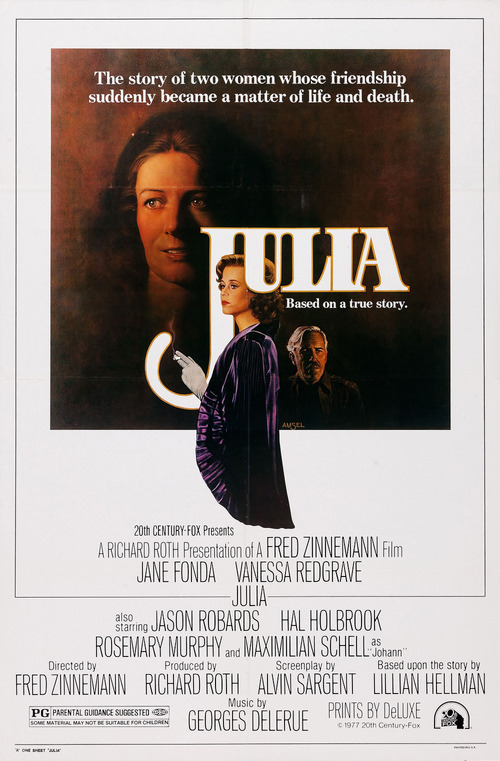 Lillian (Fonda) risks her life during World War II to help courageous, anti-Fascist agitator Julia (Redgrave), her adored best friend from childhood, smuggle money from Paris to Germany to aid the Resistance. Though the ever-loyal Lillian is indeed put in significant danger, it's nothing like what the principled, fearless Julia faces in doggedly opposing the fascists.

Based on a semi-autobiographical story by playwright Lillian Hellman, "Julia" presents a wistful, compelling story about the power of female bonds and friendship peppered with a strong undercurrent of intrigue and suspense. Fonda is aces in the less showy role, with Oscar-winning Redgrave positively luminous as her otherworldly friend. Jason Robards (who also took home a statuette that year) emits a poignant, worn wisdom as Lillian's lover, mystery writer Dashiell Hammett. Zinnemann's handling of period detail in 1930s New York and Berlin is exquisite, and the film rightfully earned 11 Oscar nominations. Look for Meryl Streep in an early role. This one is a personal favorite.