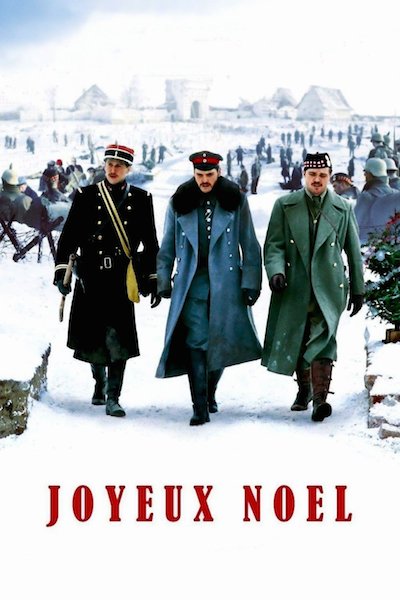 Based on the real-life truces between French and German combatants during Christmas 1914, in the early months of World War I, this drama follows the parallel destinies of German opera singer Nikolaus Sprink (Benno) his Danish lover Anna (Kruger), Anglican minister Palmer (Lewis), and a French lieutenant (Canet). Each of their lives is changed by the sudden onslaught of war, but are utterly transformed during a Christmas Eve ceasefire, when soldiers on the front lines come out of the trenches to shake hands with their enemies.

Carion’s deeply affecting period melodrama traverses the same territory as Renoir’s “The Grand Illusion,” bringing great sensitivity to the plight of officers and soldiers locked in the nightmarish realities of trench combat. While Carion does not shrink from depicting war in all its grotesque savagery, his main theme is hope and the resilience of the human spirit. Blessed with a top-notch, multilingual cast, “Noel” is a powerful film about honor and the fading of an older Europe, but its message of peace amid the barbarism of war has great resonance for our time.