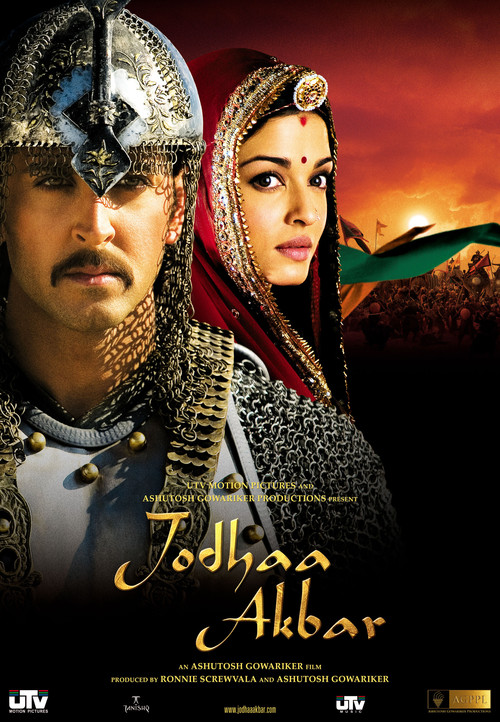 Based on actual events, this sweeping historical romance relates the story of an arranged royal marriage that blossomed into timeless true love. In sixteenth century India, Mughal Emperor Akbar (Roshan) is an exemplary ruler, expanding his empire and subduing his enemies through might when necessary, mediation when possible. Securing the loyalty of the Rajputs, a fierce Hindu tribe, is a particularly hard-won triumph. To strengthen his ties to them, Akbar agrees to marry one of their princesses. Then, when he meets his strong-willed, independent bride, Jodhaa (Rai), he is surprised to find that he may actually fall in love.

This lush, lavish epic has been compared to historic Hollywood dramas like "Cleopatra" and "The Ten Commandments," and with its expansive landscapes and regal set pieces, it’s easy to see why. The tuneful, upbeat score, by Academy Award winning composer A.R. Rahman, perfectly complements the eye-popping cinematography. (Some Western tastes may find it a trifle long, melodramatic, and downright odd when the characters suddenly burst into song – but hey, this is Bollywood, where it’s all part of the fun.) Those more receptive to this unique brand of entertainment will be swept away by this film, one truly fit for an Emperor.