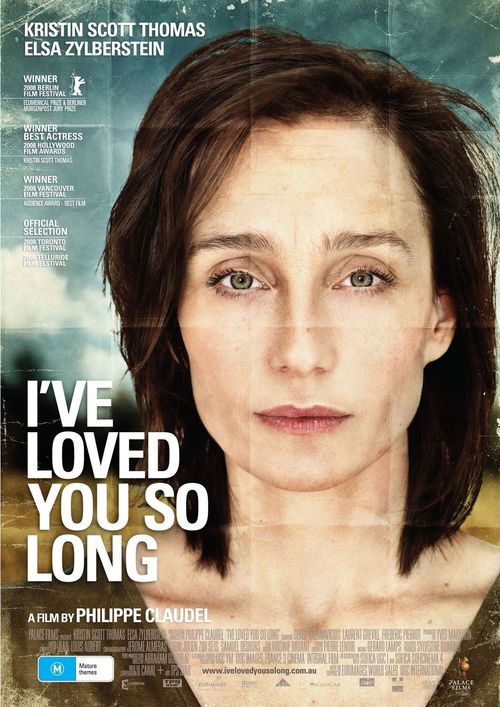 I've Loved You So Long

After 15 years in prison for an as-yet-unrevealed crime, Juliette (Thomas) is released to the custody of her younger sister, Lea (Zylberstein), who warmly welcomes her into the home she shares with her two adopted girls, ailing father (Arnaud), and husband Luc (Hazanavicius), who isn't at all pleased with the arrangement. Hesitantly, Juliette takes steps to begin life anew — she gets a hospital job and a new lover — but as tensions build with Lea, who longs to reach her guarded sister, Juliette's scarring secret guilt eventually comes to light.

Claudel's intelligent, exquisitely directed drama handles the central mystery of Juliette's crime with such graceful restraint that the shock of its revelation earns every bit of the director's desired emotional impact. At its core, though, this is a story of two estranged sisters trying to find common ground after a decade and a half apart. Zylberstein handles her part skillfully, but Scott Thomas — with her haggard looks and tired, haunted eyes — delivers an absolutely engrossing performance.