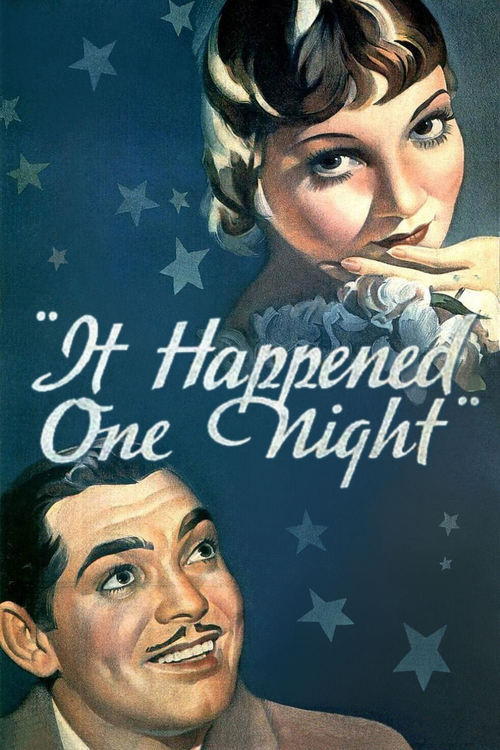 It Happened One Night

Ellie Andrews (Colbert), a mixed-up heiress, hits the road incognito to escape a chronically over-protective father (Connolly). Riding with the common folk on a bus, she meets reporter Peter Warne (Gable). After a bumpy start, he grudgingly befriends this unusual creature, who appears oblivious to the ways and customs of real working people. When Peter finally discovers her true identity, he knows he's got hold of the story of the century, but there's a slight wrinkle: the poor sap has begun to have feelings for Ellie. What's a desperate, smitten newsman to do?

Frank Capra's sublime romantic comedy swept the 1934 Oscars, and it's still easy to understand why. Few eighty year old movies hold up as well as this one. Colbert makes a charming, deft comedienne (check out that hitchhiking scene!), and Gable was never more appealing, winning his only Oscar for this role. The scene where Peter takes off his shirt and exposes his bare chest was a first, and reportedly, sounded a death knell for the undershirt industry. All hail to the walls of Jericho!