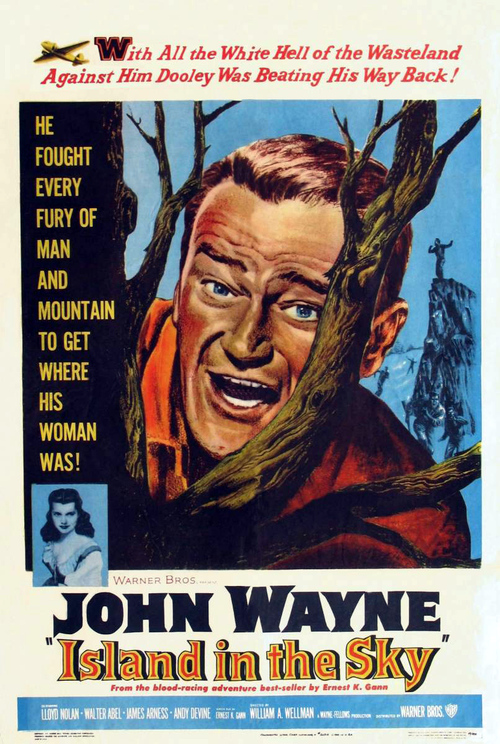 Island in the Sky

Forced to crash-land his DC-3 in a vast, uncharted region of Labrador, military transport pilot Dooley (Wayne) and his four-person crew can only hope that a rescue team will hear their distress signal and arrive before they perish of hunger or exposure in the sub-arctic north. Meanwhile, when word gets out that Dooley's down, a crack team of ace flyers begins a long, slow, possibly fruitless quest to find their fellow airmen before it's too late.

Overshadowed by the more successful "The High and the Mighty," released a year later, "Sky" is in many ways a superior adventure film produced by the same creative team: director Wellman, Wayne, and writer Ernest K. Gann. A story of loyalty, courage, and camaraderie, "Sky" builds slowly but rides high on the bearish shoulders of Wayne and his exemplary supporting cast, including the marvelous Nolan, Andy Devine, and a young, pre-"Gunsmoke" James Arness. "Island"'s documentary feel and urgent, do-or-die plot line really rattle the nerves — a good thing in an adventure film. Put to the test of time, "Sky" passes with flying colors.