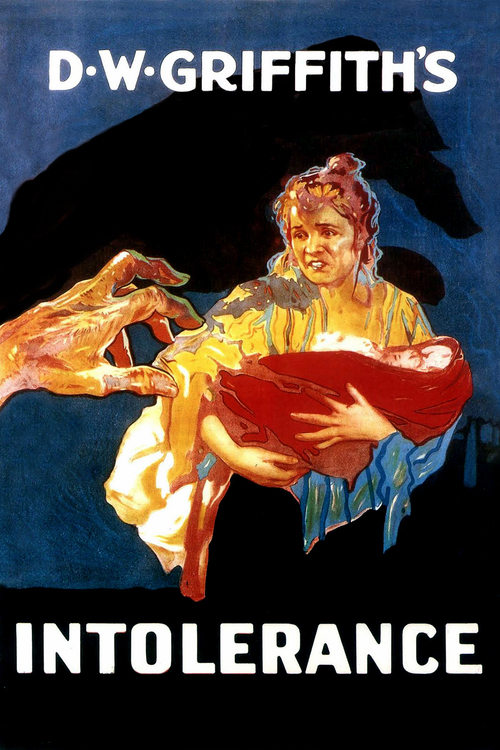 This sprawling epic about man's intolerance to man cuts between four stories set in different historical periods. We track the efforts of ancient Babylonian king Belshazzar (Paget) as he tries to repel the invading army of Cyrus the Persian (Siegmann); follow in the footsteps of Jesus Christ (Gaye) during his final hours in Judea; witness the brutal St. Bartholomew's Day massacre of Huguenots in France by Catherine De Medici (Crowell); and finally are immersed in the execution drama of an innocent American working man (Harron).

Stung by accusations of racism after the debut of his "Birth of a Nation," film pioneer D.W. Griffith decided to assuage his detractors and at the same time top his previous masterpiece with this lavish meditation on cruelty and persecution. With colossal stages, a vast universe of extras, and some of the most jaw-dropping images ever recorded on film (check out the fall of Babylon sequence!), "Intolerance" is a masterpiece of epic melodrama and set-piece grandeur. Among the cast, Harron (as the contemporary hero), Lillian Gish (as the symbolic Woman Who Rocks the Cradle), Mae Marsh (as the "Dear One" in the modern tale), and Constance Talmadge (as the Girl From the Mountains) are especially striking. And the brilliantly innovative parallel climax of all four stories is a feat of ahead-of-its-time editing technique that may still take your breath away.

Invasion of the Body Snatchers