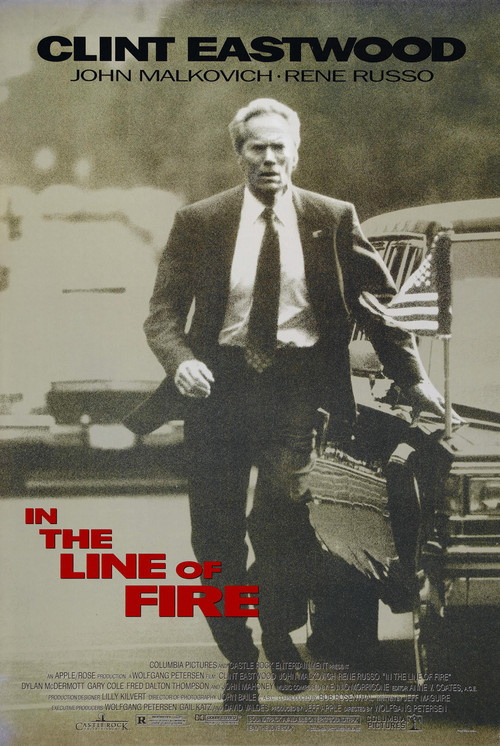 In the Line of Fire

Veteran Secret Service Agent Frank Horrigan (Eastwood) starts receiving anonymous calls, threatening the President’s life. Unbeknownst to him, the calls are coming from former CIA operative Mitch Ryder (Malkovich), who fully intends to make good on his threats. Ryder knows that as a young agent, Frank had served on President Kennedy’s detail and delights in aggravating his lingering guilt. For his part, Frank vows not to let another assassination happen on his watch. But the President is in re-election mode, and can’t hide from what may not be a real threat. This time around, will Frank save his President?

Wolfgang Petersen’s crackerjack thriller hits the bull’s-eye: its all-too-believable story is breathlessly paced and executed, and the craggy Clint is aces as an agent well past his prime who’s not certain he can succeed where he failed before. Rene Russo charms as one of the few colleagues who believes in Frank, but it’s the Oscar-nominated Malkovich who steals the picture and makes your blood run cold as the crafty, chameleon-like Ryder. Don’t duck from this "Fire."