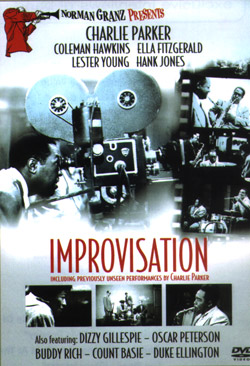 In 1944, jazz producer Norman Granz and filmmaker Gjon Mili collaborated on a smoky, jazz-noir performance film called "Jammin' the Blues," which won an Oscar for Best Short Film. Then, from 1950 to 1977, the pair periodically reunited to film Duke Ellington, Count Basie, Coleman Hawkins, Ella Fitzgerald, and other musical legends doing what they did best — performing live.

What makes a great jazz performance? Watch these jaw-dropping Mili/Granz films, some never before seen and now fully restored, and you'll understand why people like Lester Young, Buddy Rich, and Oscar Peterson are famously skilled improvisers. Rare solo piano numbers by a graying Basie (demonstrating his stride technique) and Ellington (with Spanish artist Joan Miro looking on!) are a treasure, too, and critic Nat Hentoff helps put it all into context with his scene-setting introductory remarks. Compiled on two DVDs, and running a full three hours, this "Improvisation" is a jazz-lover's paradise.

In A Better World