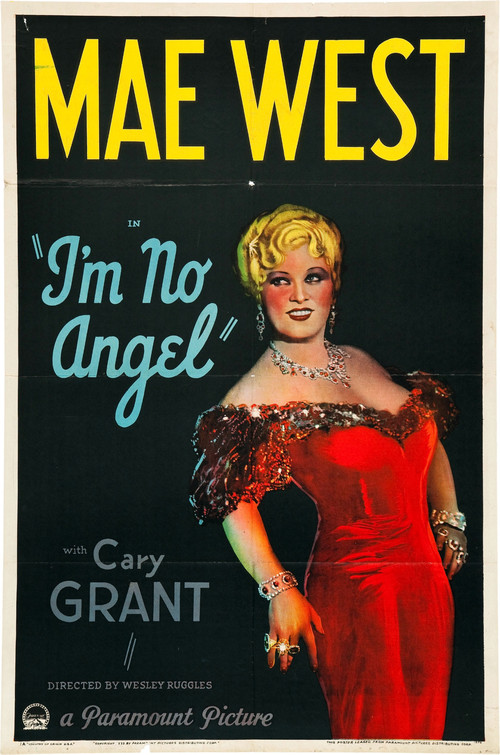 Sarcastic, sassy beauty Tira (West) sings and dances in a circus act during the Depression. Hard up for money, she agrees to a dangerous new lion-taming stunt, which catapults her into modest renown, catching the attentions of rich, engaged playboy Kirk Lawrence (Taylor). Soon Kirk is showering Tira with gifts and attention, much to the chagrin of Kirk's society-girl fiancé, who brings in lawyer Jack Clayton (Grant) to break up the affair. Jack succeeds beyond his wildest dreams, as he and Tira both fall for each other. Yet just when it seems she's finally found true love, events conspire to undermine the affair. Will Tira be able to hold on to her man?

With her signature sashaying and come-hither innuendos, Mae West became a one-of-a-kind screen legend. In her second starring role (which she also conceived of and wrote for herself), her caustic wit and voluptuous carnality shine through. She and a youthful Grant are reunited (after “She Done Him Wrong") and again make a dazzling couple, but unlike his work in later comedies, here Cary's character takes a backseat to West's outsize persona. Indeed, her distinctive style of bawdy, boundary-breaking comedy would be virtually forced into extinction the following year by the introduction of the Motion Picture Production Code, making this a truly rare comedic gem. Mae's no “Angel,” but she sure makes the alternative sound appealing. Don't miss this delicious exercise in naughtiness.