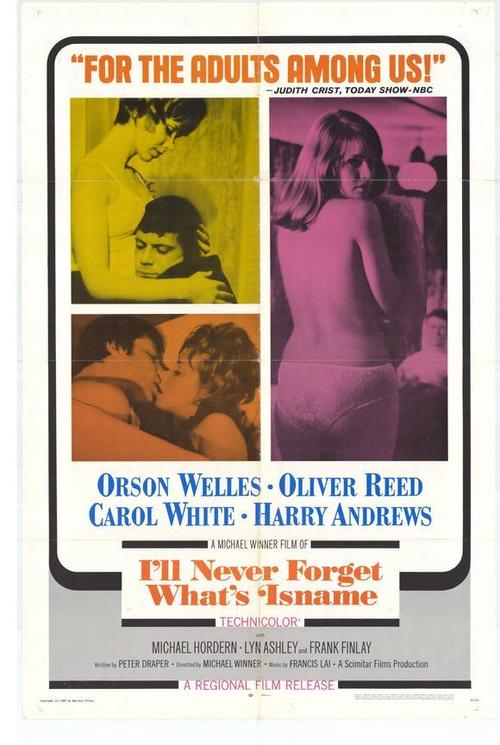 Once a merry, swinging Londoner, soul-deadened ad man Andrew Quint (Reed) decides to abort his lucrative career and resume his former bohemian life as editor of a cash-starved literary journal. But his crass, corpulent boss Jonathan Lute (Welles) merely eggs him on, cynically encouraging his quest for freedom, hoping to drive him even deeper into despair and back to the office.

You've got to love Orson Welles for appearing in Winner's trippy anti-establishment satire. It's a small but significant role, and Welles clearly had fun with it. Reed is more muted and hangdog sincere as the handsome, disillusioned swinger so fed up with hypocrisy he takes an ax to his office desk one morning. Then there're the girls: Carol White, Wendy Craig, and singer Marianne Faithful all have roles as Quint's various love interests, but it was Faithfull's first-ever use of the F word that made the film a landmark. Told in a fragmentary style typically of '60s films, this angry young man drama is a memorable rejoinder to the rat-race lifestyle.