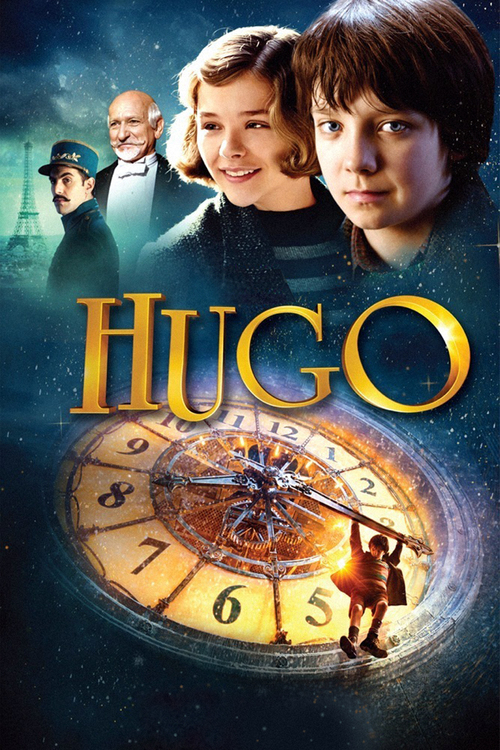 In early 1930s Paris, an orphaned boy named Hugo (Butterfield) lives in the back rooms and secret corridors of the cavernous Montparnasse train station. He takes care of the many mechanical clocks there while dodging the officious, moustache-twirling Station Inspector (Baron Cohen). He also tries to repair an automaton left to him by his late father (Law), pilfering parts from a cranky toy seller (Kingsley) who keeps a modest shop in the station. Hugo then befriends young Isabelle (Moretz) and, through her, discovers that the old misanthrope is in fact Georges Melies, one of the early pioneers of cinema.

With Brian Selznick's 2007 illustrated children's novel "The Invention of Hugo Cabret" as his inspiration, director Scorsese delivers a master-class in storytelling and technological innovation. As his 3D camera swoops down over the rooftops of Paris into the bustling train station and secret hiding places of young Hugo, real life and computer-generated imagery merge into a wondrous, seamless whole. With the excellent Kingsley as the embittered, forgotten Melies, this love letter to cineastes embraces the origins of film while shining an appreciative light on its present and future. Winning five Academy Awards, Scorsese's contemporary classic reaches for the stars to celebrate the enduring magic of movies.