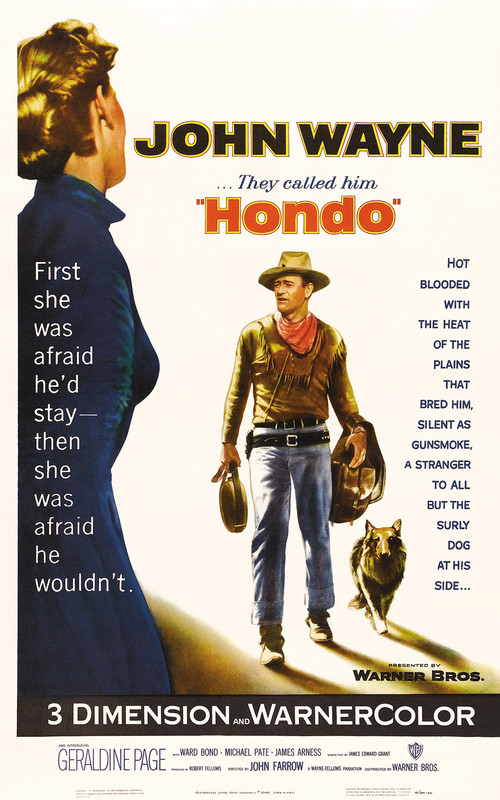 Hondo Lane (Wayne) is a cavalry rider who encounters Angie and Johnny Lowe (Page and Aaker), a mother and son homesteading near Apache territory (Angie's husband is away on business). Hondo warns her the Apaches are on the war path, but she refuses to clear out. Hondo leaves, and later, when the Apaches do visit, they spare their lives due to little Johnny's bravery. Still Angie is vulnerable, and knows it. When Hondo returns, hostilities have commenced, and he must protect the family, all the while harboring a terrible secret.

The best John Wayne western not directed by John Ford or Howard Hawks, "Hondo" shows the Duke at the peak of his powers. Helmed by John Farrow (Mia's dad), the film is stunningly photographed, with a tight, trim story brought to life by a luminous Page (in her film debut), the ever-reliable Bond as Hondo's friend Buffalo Baker, and Michael Pate as Vittorio, the Apache chief. Also look for James Arness in a pivotal role — he'd go on to make his career in Westerns on TV's long-running "Gunsmoke."