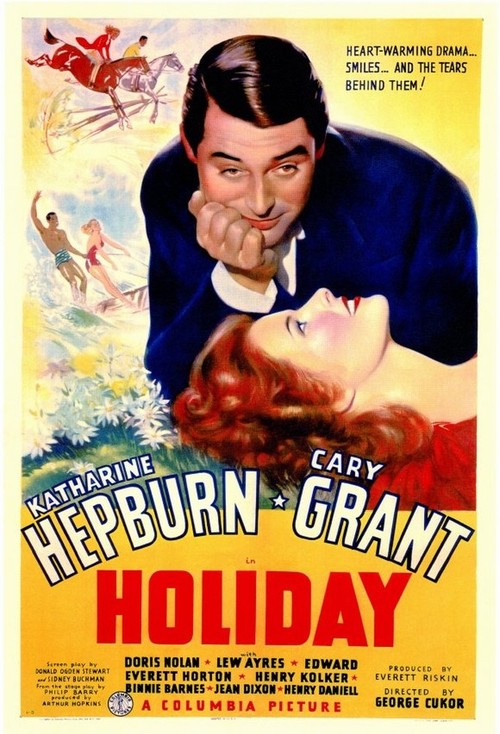 Free-spirited Johnny Case (Grant) proposes to sweetheart Julia Seton (Nolan) while on holiday in Lake Placid, but only later learns that she hails from an old and wealthy New York family headed by her stiff, suspicious industrialist father (Henry Kolker), who heartily disapproves of Case. Julia's rebellious sister, Linda (Hepburn), ends up going to bat for the dashing, independent-minded Mr. Case — and they soon find they have more in common than a tendency to flout convention.

As leading man, Grant was unequalled, the epitome of charm, and Cukor's "Holiday" finds him in peak form, starring opposite the redoubtable Hepburn in this giddily amusing romantic comedy. Based on Philip Barry's Broadway play, this was the third Grant-Hepburn pairing in as many years, and one of the sauciest, as the young would-be lovers buck the dictates of high society. With excellent supporting work by Ayres as Hepburn's alcoholic brother and Horton as Grant's bosom friend, "Holiday" is an antic riff on lives of privilege.