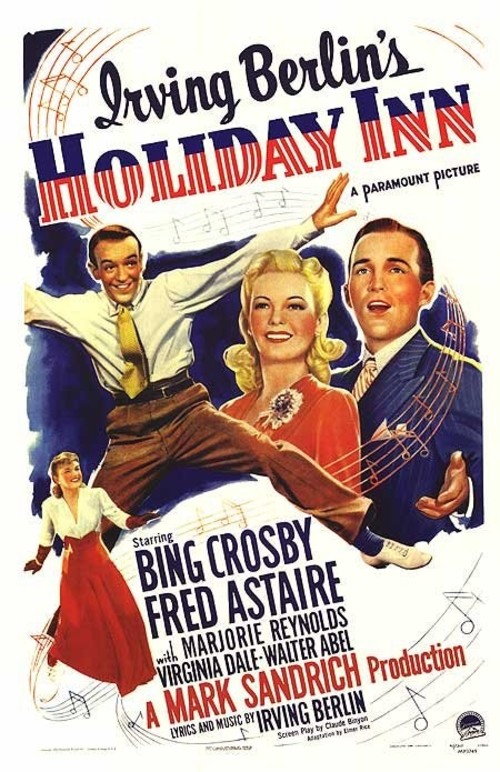 After a painful bust-up with his girlfriend, song-and-dance man Jim Hardy (Crosby) decides he's had it with the big city and retires to a farm in New England, which he converts into an inn, complete with floor shows, but open only on public holidays. Friend and co-headliner Ted Hanover (Astaire) wants to make a film about the inn, but things get complicated when he tangles with Hardy over lovely leading lady Linda Mason (Reynolds).

Conceived from an idea by composer Irving Berlin, Mark Sandrich's "Inn" is a delightful Crosby/Astaire musical that finds both performers in tip-top crooning and toe-tapping form. The film will always be famous for introducing "White Christmas," the best-selling single of all time, and an instant favorite with the troops then overseas. Still, this festive romp is pretty tuneful throughout, with a sublime Berlin score that covers not just Christmas, but all major holidays. Watch for the July 4th rave-up "Let's Say It With Firecrackers," one of many musical highlights.