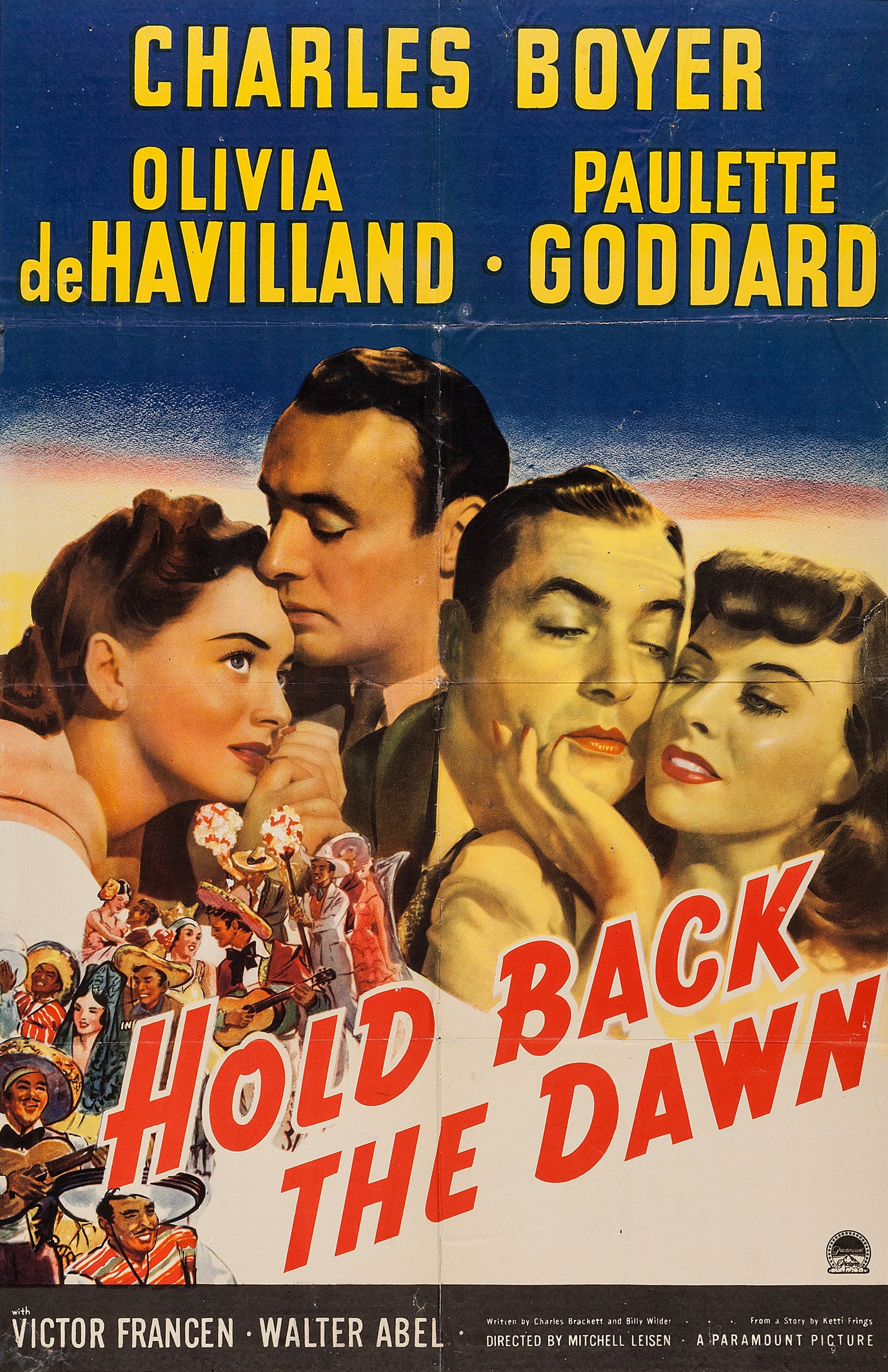 Hold Back the Dawn

With his native Romania in turmoil as the Second World War erupts, suave gigolo Georges Iscovescu (Boyer) travels to Mexico, hoping to gain entry into the United States from there. This turns out to be near impossible given refugee quotas. At his hotel, he is reunited with Anita (Goddard), an old flame from Europe, who won her citizenship by marrying an American. Georges then meets American teacher Emmy Brown (de Havilland) who has taken her students south of the border on a field trip. Georges thinks he’s found the ideal mark to get him into the States, but then starts having real feelings for her.

Mitchell Leisen’s captivating romantic drama felt blazingly topical at the time, but stellar performances from the stars and a top-notch, Oscar-nominated script from Billy Wilder and Charles Brackett are what holds you today. The impossibly debonair Boyer makes a wonderful heel, and we also sympathize with him as he faces a desperate situation and later shows his capacity to love. Goddard is fabulous as the  peppy, cynical Anita, but de Havilland earns her Oscar nod as a vulnerable, lonely woman wanting to believe in the possibility of sudden romance. Also nominated for Best Picture, don’t hold back from seeing this classic!