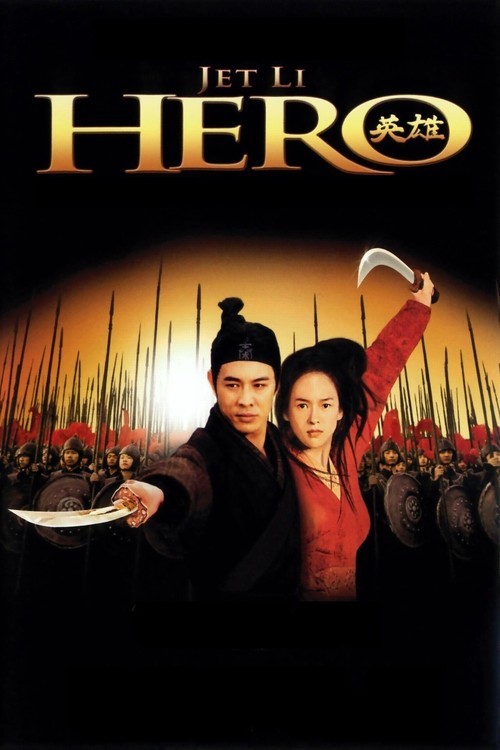 In third-century B.C. China, a nameless warrior (Li) appears before a powerful Qin warlord (Chen) claiming to have dispatched the ruler's three most dangerous enemies, Sky (Yen), Flying Snow (Cheung), and Broken Sword (Leung), presenting their weapons as proof. But as he spins his enthralling tale of victory in battle, the king becomes suspicious, and begins to question the swordsman's account.

Zhang had some art-house success with "Ju Dou" and "Red Sorghum," but his American breakout feature came with "Hero," a film that did as much to revitalize the martial-arts epic (known in China as "wu xia") as it did to raise his international profile. Utilizing the talents of Hong Kong's finest actors — Leung, the comely Ziyi, and high-flying kung-fu veterans Li and Cheung — "Hero" is a sweeping, impeccably wrought adventure film with a "Rashomon"-like narrative, thrilling "Crouching Tiger"-style acrobatics, and exquisitely bold art direction, all of it filmed by master cinematographer Chris Doyle. Welcome this "Hero" home!