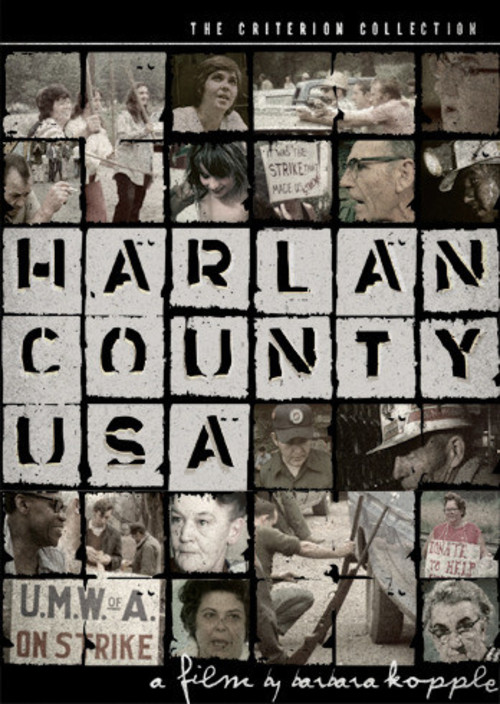 Documentary, The Essentials, The Criterion Collection

A visceral, uncompromising look at one of the bitterest showdowns in American labor history, this landmark documentary tracks the efforts of non-union Kentucky coal miners to win basic human rights from their employer, Eastover Mining Company, over the course of one year. When Eastover brings in gun-toting scabs to replace the beleaguered striking miners, the ugliest fight of all begins.

Filmed between 1973 and 1974, Kopple's groundbreaking work gets up close and personal with the downtrodden rural miners, who are deprived of fair wages and insurance, and forced to shop at the company store. As her roving, restless camera makes plain, Eastover operates in collusion with the Harlan police, who look the other way when its representatives start taking pot shots at miners (and Kopple herself). Few documentaries today have the immediacy, intensity, or militant appeal of this Oscar-winning film, an edge-of-your-seat tribute to a courageous group of hard hats and their families. "Harlan County, USA" is real-life drama of the highest order.