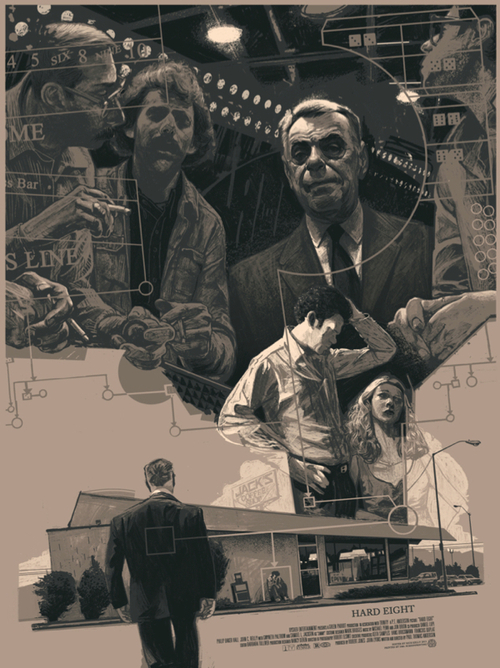 Down and out after blowing it all at the casinos, doltish amateur John (Reilly) is slumped outside a Reno coffee shop counting his last dimes when Sydney (Hall), a long-faced veteran card sharp, buys him breakfast and offers him some priceless tips. Two years later, Sydney and John are partners, but John threatens to blow their business venture when he falls for Clementine (Paltrow), a dim-witted Vegas cocktail waitress who turns tricks on the side.

Before he became famous as the director of "Boogie Nights," Altman acolyte Anderson directed this intriguing indie about three hard-luck denizens of the seedy Nevada casino scene. Anderson's forte (like his late mentor's) is his feel for atmosphere and character, and here he builds "Eight" from quiet, somber drama to shocking neo-noir — especially once Samuel L. Jackson steps into the picture as a blackmailing thug. Reilly and Paltrow (playing boldly against type) shine as tragic casualties of their own low-watt brain cells, and Hall is superb as the heavy-lidded, avuncular gambler with inscrutable aims of his own. If you like a bit of Vegas sleaze with your slow-burning thriller, drop a dime on "Hard Eight."