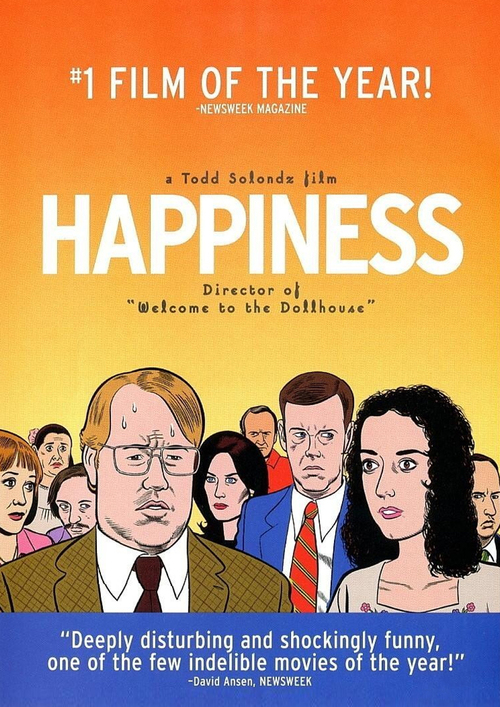 Dark, twisted, and in-your-face, Solondz's poisonous examination of love, complacency, and compassion (or lack of it) might seem unredeemably low if it weren't so sickeningly honest, and even hilarious at times. Hoffman is particularly repulsive – brilliantly so – as Allen, an unkempt, antisocial shut-in who compulsively plays with himself and confesses his sick fantasies to Baker's equally perverted Bill, a shrink with pedophilic urges who Solondz somehow makes pitiable in a harrowing, heartbreaking scene with his son. Also outstanding is Adams, a shrinking violet incapable of malice and always at the butt end of petty brutalities. Behind every façade of normality, Solondz seems to be saying, lurk the dark impulses that actually define who we are – or could be. Definitely not for the squeamish or those easily offended.