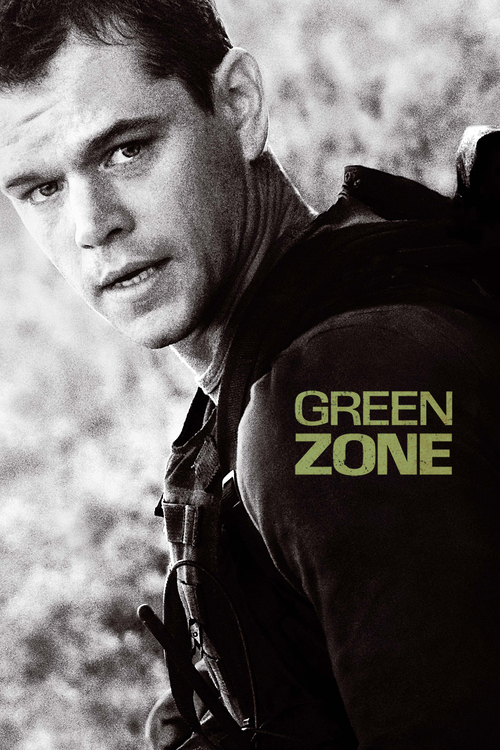 Chief Warrant Officer Roy Miller (Damon) and his men burst into an Iraqi facility expecting a cache of WMDs, only to find a long-abandoned warehouse. When Miller raises his concerns about the raid at a briefing, he runs afoul of Clark Poundstone (Kinnear), a shady Pentagon intelligence officer. When both a veteran CIA agent (Gleeson) and a hungry reporter (Ryan) give Miller evidence that the weapons may never have existed, and that higher-ups in the U.S. government were aware, he begins a frantic, dangerous search for the source of the bad information.

Director Greengrass and star Damon reteam here after making two entries in the Bourne action franchise, but "Zone"'s more topical political bent makes this kinetic collaboration even more intriguing and rewarding for its audience. After all, here the director's mastery of shaky-cam/jump-cut aesthetics is wedded to a lingering hot-button issue from our recent past, and Damon's action-star persona is marshaled in the service of a ripped-from-the-headlines thriller. Wherever you stand on the Iraqi conflict, there's no denying that this is one taut, expertly made action film. Get into this "Zone"!