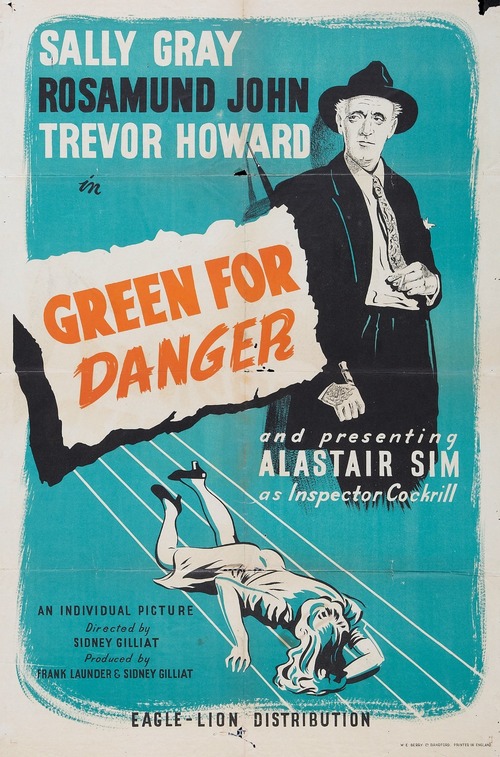 Set in a British wartime hospital in 1944, we first witness romantic complications among the medical staff, with beautiful Nurse Linley (Gray) rethinking her engagement to the intense Dr. Barnes (Howard). That's understandable, as she's being subtly wooed by a womanizing surgeon (Genn). These emotional intrigues are pushed to the back burner when a patient dies on the operating table during a procedure, and a nurse is murdered soon after. Enter Scotland Yard's wily Inspector Cockrill (Sim) to solve the mystery.

Director Sidney Gilliat adapted this atmospheric, intelligent murder mystery from a popular novel by Christianna Brand. "Green" maintains a measure of foreboding throughout, leavened by the superlative Sim's dry wit. Though his on-screen entrance occurs well into the film, his performance as Cockrill, a fearless detective who nevertheless becomes terrified at the sound of buzz-bombs, still dominates the proceedings. As he goes through his methodical paces to uncover the whys and wherefores of the case so he can nab the murderer, we can't take our eyes off him. "Green" means "go" — go and find this movie!