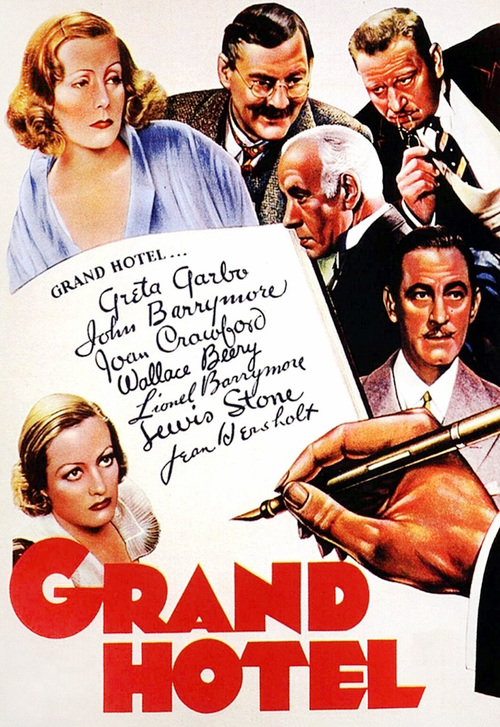 Based on the novel by Vicki Baum, several interwoven stories, mixing intrigue, romance and murder, play out among the various guests at Berlin's posh Grand Hotel. The refined Baron (John Barrymore) is so desperately in debt that he resolves to commit a jewel robbery, and his intended victim is the famous ballerina Grusinskaya (Garbo). Meanwhile a brutish industrialist (Beery) has a lovely assistant he "keeps" (Crawford), who also has eyes for the Baron. How will the Baron's fortunes turn out? And what will happen to the others?

MGM — the most prestigious studio from Hollywood's Golden Age — paints on the gloss for this first class ensemble production. Garbo and John Barrymore stand out as the doomed lovers, who meet under most unusual circumstances. Brother Lionel is also memorable as a timid, terminally ill clerk on his last spree. "Grand Hotel" demonstrated the studio's  flair for adapting serious literary works to motion pictures, while showcasing its unsurpassed star talent. The movie still dazzles over 80 years after its release.