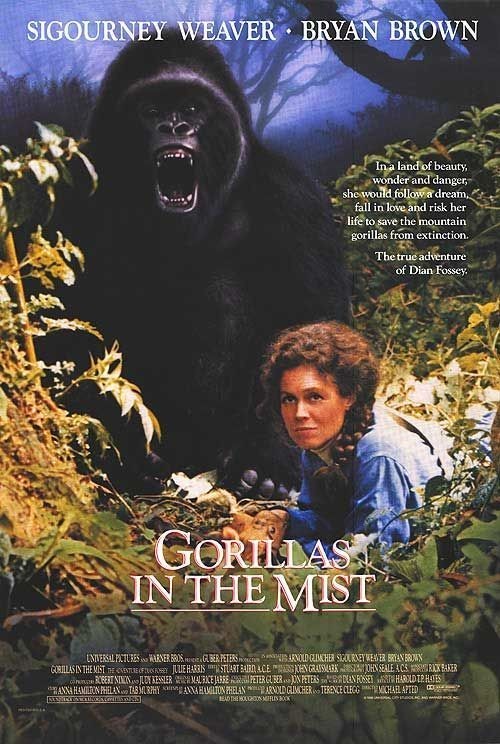 Gorillas in the Mist

After a momentous meeting with Dr. Louis Leakey (Iain Cuthbertson), Dian Fossey (Weaver) travels to Africa as a census taker, only to become fascinated with endangered gorillas living deep in the mountains. Developing a close relationship with the apes, Fossey becomes obsessed with protecting them, courageously taking on poachers, the Rwandan government, and anyone else she perceives as a threat to their survival.

Set in the 1970s, Michael Apted's reverential biopic of the fearless primatologist and animal-rights activist hinges on Weaver's Oscar-nominated, force-of-nature performance. Though potentially fearsome in her dealings with people — particularly those who opposed her cause — the real Fossey was gentle and nurturing with her beloved gorillas. No surprise: Weaver is consistently compelling in portraying these contrasting moods. Bryan Brown also offers able support as Fossey's loyal partner and lover, photographer Bob Campbell. Get the "Mist" out of your eyes for this one.