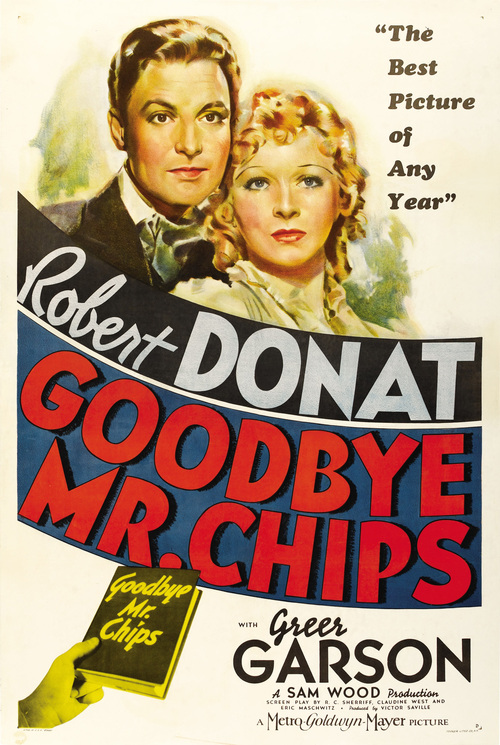 Told mainly in flashbacks, "Chips" traces the life of a beloved schoolmaster who serves over fifty years in an English public school. Reminiscing about his personal life and long career, the shy, unassuming Mr. Chipping (Donat) also recalls his unexpected courtship and marriage to his stunning and spirited wife Katherine (Garson).

A nostalgic paean to Old England and a deeply affecting story of honorable service, "Chips" succeeds admirably, mainly due to British actor Donat's touching performance. Donat broke "Gone with the Wind"'s Academy Award sweep in 1939, stealing the Best Actor statuette from under Clark Gable's nose. In addition, beautiful English ingnue Garson became an overnight star in the small but pivotal role of Chips's enchanting wife. Though sentimental by today's standards, this is a grand and moving classic for the ages.