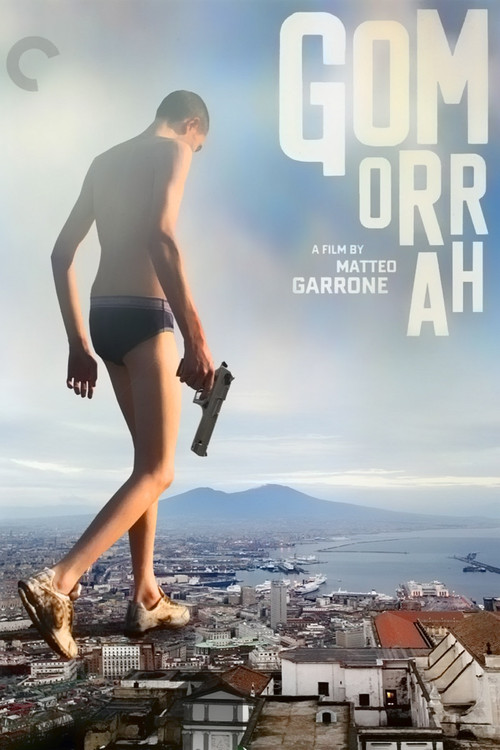 A cross-section of residents in the rough-and-tumble world of Neapolitan slums controlled by the Camorra underworld strive to make money or merely survive. One youth (Abruzzese) tries to be a foot soldier for the mob, while another (Imparato) makes ends meet as their debt collector. A fed-up garment manufacturer (Cantalupo) risks his life when he teams up with Chinese immigrants. A businessman feels the prick of conscience when he uncovers a waste-disposal scheme operated by the mob. Meanwhile, two teens (Macor and Petrone) knock around emulating the movie-gangster hero Scarface.

Shot in the grimy streets and bombed-out apartment flats of an Italian edge city, and based on a bestselling tell-all by Roberto Saviano (who was forced into hiding after the book's publication), Garrone's gritty, multi-thread fiction feature digs into the secret world of the Camorra syndicate with an epic scope worthy of "The Godfather." But Garrone's film is more visceral, and far less flashy than a Hollywood mob movie, trailing disparate characters with an urgent, almost documentary insistence on social realism. Forget "The Sopranos": Gomorrah will make you an offer you can't refuse.

Gone with the Wind