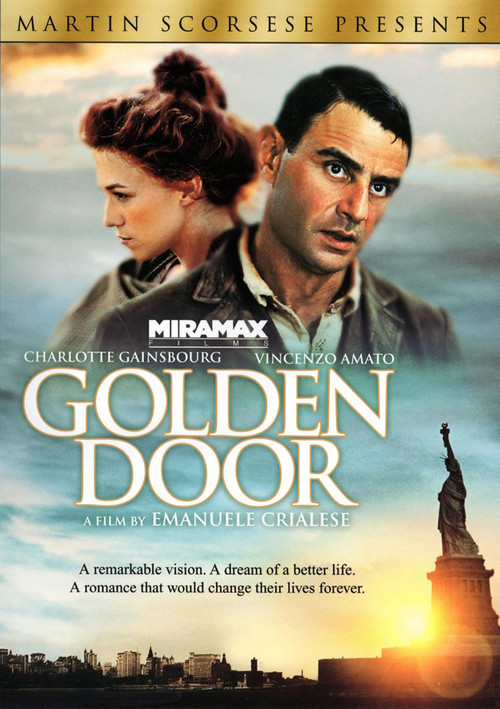 At the turn of the 20th Century, illiterate Sicilian widower Salvatore Mancuso (Amato), lured by the promise of a better life, packs his family aboard a steamship and heads for America. As they board the boat, they are joined for their family photo by Englishwoman Lucy Peters (Gainsbourg), who, due to the strictures of the day, cannot make the passage without a male escort. This unlikely chance meeting blossoms into a subtly complicated relationship, which gets tested when the group lands at Ellis Island. There they are subjected to a battery of tests and interrogations by U.S. immigration officers. The freedom they've risked everything for feels tantalizingly close, but is still no certainty for these weary travelers.

This lush period epic comes tantalizingly close to recreating the incredible journey taken by the forebears of so many Americans; one defined by a measure of fear and bewilderment, but also wonder. The film's pace is decidedly measured, and for the most part, dialogue takes a back seat to the extraordinary images captured with elegance and economy by cinematographer Agnes Godard. As the film traces the journey from Sicily to Ellis Island, the camera takes in the contours and expressions on the faces of all those immigrants, and the lack of conversation seems wholly appropriate. The film's later scenes focus on the vaguely humiliating minutia of the Ellis Island experience, as the tentative, budding infatuation between Salvatore and Lucy plays out with adult delicacy. "Golden Door" is a cinematic voyage well worth taking.