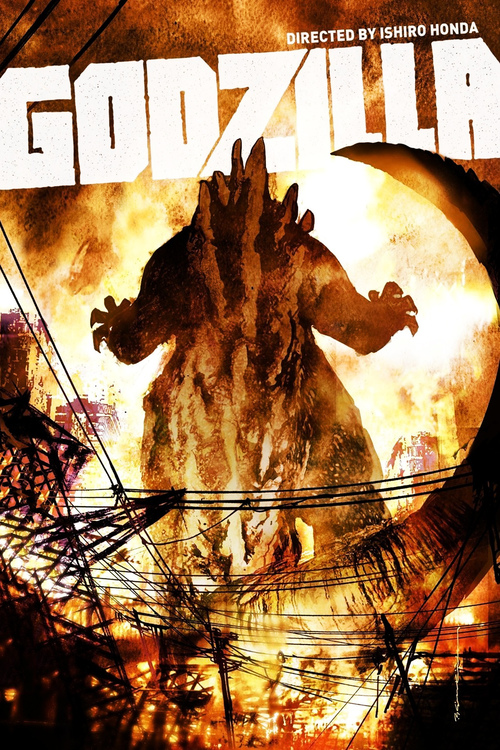 After heavy nuclear testing in the Pacific, a massive fire-breathing lizard rises from the ocean, lets out a roar, and heads straight for the land of the rising sun to wreak unholy havoc. At first, authorities are unsure what's caused the rash of missing sea vessels and wrecked homes on a remote island, but paleontologist Kyohei-Yemeni (Shimura) leads an expedition, along with his daughter Emiko (Kochi), to investigate. Once they uncover the truth, the race is on to save Japan from this seemingly invincible monster.

One of the greatest of all monster movies, which spawned a whole new subgenere, has finally gotten the treatment it deserves courtesy of The Criterion Collection. Though everyone remembers Godzilla's familiar shape and piercing roar, some may have forgotten how serious the original film is in examining the risks of nuclear testing, with the scars of Hiroshima and Nagasaki still fresh. In addition to great creature work and special effects, Honda's multifaceted movie is filled with atomic-age anxiety, gripping suspense, and even a romantic subplot. Rediscover the terrible and fascinating legend of Godzilla.

Going Clear: Scientology and the Prison of Belief