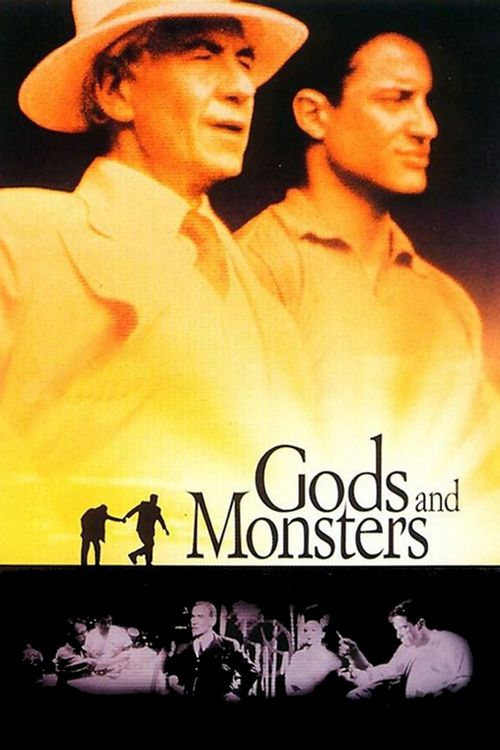 Still mentally spry but not in the best of health, elderly gay movie director James Whale (McKellen) strikes up a unique friendship with his new gardener, Clayton Boone (Fraser), whose hunky, youthful frame cheers the aging man's aesthetic sensibilities. Under the watchful eye of cheerless Hungarian housekeeper Hanna (Redgrave), Whale draws Boone into his artistic orbit, while the easygoing young man indulges his employer's remembrance of things past.

Based on a novel by Christopher Bram, writer-director Condon's magnificent "Monsters" is a moving, elegiac twist on the last days of Whale, the real-life director of "Frankenstein." McKellen offers an elegantly witty, finely graded performance as the white-haired Whale, who obviously delights in teasing Fraser's Clayton, a straight ex-Marine who agrees to pose nude for the lonely old man. Condon's flashbacks to the set of Whale's "Bride of Frankenstein" are especially rewarding for their fealty both to the original material and to the neglected artistry of the film's creator. The magic of "Monsters" is subtle, but wholly effective.