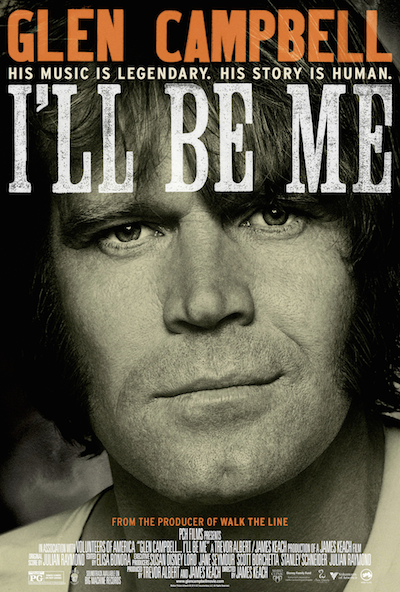 Glen Campbell: I'll Be Me

In 2011, shortly after being diagnosed with Alzheimer’s disease, country music superstar Glen Campbell starts a “Goodbye Tour” in support of his latest album. With his wife Kim by his side, and three of his children playing in his band, Campbell completes one hundred and fifty-one tour dates and picks up a Lifetime Achievement Award at the Grammys. Even as his memory is deteriorating, his ability to play music and sing remains surprisingly strong.

Shot over two years with striking intimacy, Keach documents the painful onslaught of a disease as well as the personal battle of one man and his loving family. We watch archival footage of Campbell’s extraordinary career, and witness the adoration of his loyal fans at vibrant concert performances. While his medical team outlines his inevitable decline, we watch Campbell as (for a time) he defies their prognoses, appearing remarkably lucid while performing. Most poignant is the relationships he maintains with his wife and children, who are able to stay close to him through their shared love of music. “Me” succeeds both as an incisive documentary on a tragic condition, and a warm tribute to a gallant, highly talented performer.