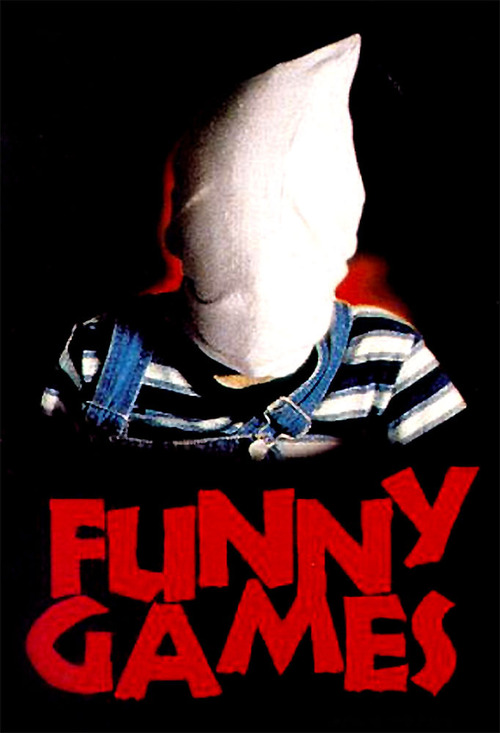 Vacationing with their son Georgie (Clapczynski) at an idyllic lakeside retreat, well-heeled German couple Georg (Muhe) and Anna (Lother) are unnerved by the sudden appearance of two strangers, Peter (Giering) and Paul (Frisch). Highly presentable and cordial at first, the two men turn increasingly nasty. It's soon evident that they've dropped in to inflict new and creative forms of torture on their unfortunate hosts.

With "Games," Austrian provocateur Haneke takes a somewhat familiar scenario and makes it fresh, fascinating, and altogether horrific. Dressed in antiseptic white uniforms with matching gloves, Giering and Frisch are among the creepiest home invaders since "Clockwork Orange." And the displays of sadism aren't merely gratuitous: Haneke is making an apt statement on the degree to which senseless, mind-numbing violence has permeated Western society. These "Games" are certainly not for the faint of heart, but horror and suspense fans should pounce.