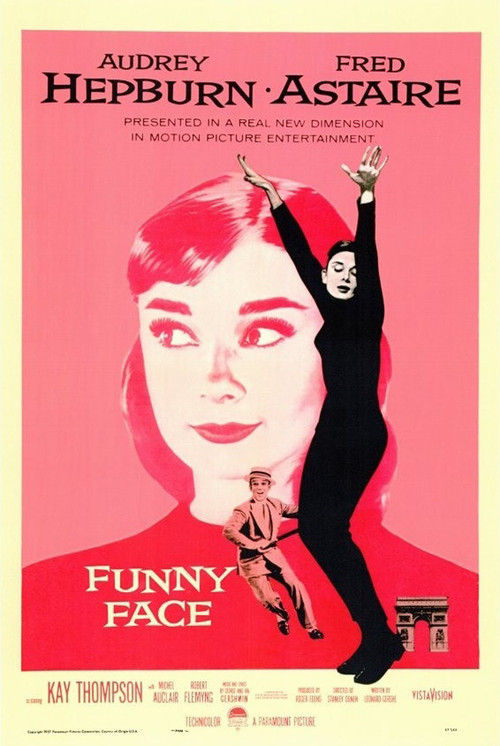 Celebrated fashion photographer Dick Avery (Astaire) discovers timid clerk Jo Stockton (Hepburn) in a Greenwich Village bookstore, and sees something magic behind the mousy exterior. Soon enough, he's transformed her into the newest modeling sensation. Next stop: Paris, where Dick is planning a big photo shoot with Jo. Amidst all the hoopla and glamour, will true love blossom in the City Of Lights?

Combine the moves of Fred Astaire, the grace of Audrey Hepburn and the talents of Director Stanley Donen (in Technicolor yet), then add the city of Paris and a Gershwin soundtrack, and what have you got? Movie musical paradise. Astaire's character was based on Richard Avedon, who actually served as advisor on the film, while "Eloise" creator Kay Thompson, who nearly steals the movie, plays a fashion editor modeled on Diana Vreeland. Oscar-nominated for Screenplay, Cinematography, Art Direction and Costumes, "Funny Face" is sure to leave a big smile on yours. S'wonderful! S'marvelous!