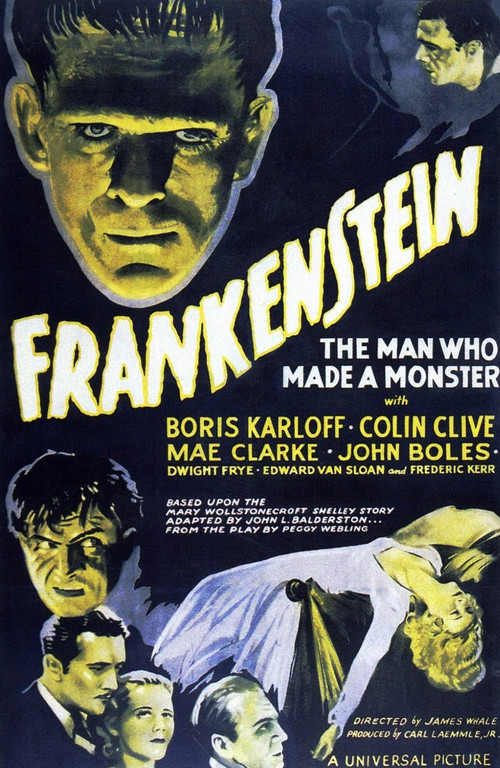 Dr. Henry Frankenstein (Clive) and his hunchback assistant, Fritz (Frye), assemble a creature (Karloff) with stitched-together body fragments stolen from graveyard corpses, then bring it to life with jolts of electric current. Unknowingly, they've given their man a criminal's brain, and when the sadistic Fritz mistreats the addled monster, it goes on a killer rampage. It's up to the villagers to stop the monster, and until they do, nobody is safe.

One of the greatest horror films of all time, James Whale's "Frankenstein" veers broadly from Mary Shelley's original story while retaining its tragic aspect. The ghoul-faced Karloff, without a word of dialogue here, gives a lumbering performance that is both creepy and achingly sympathetic – especially in the famous scene with a young girl (Marilyn Harris) picking a flower for him. Whale's meticulous handling of atmosphere, Herman Rosse's fabulous sets and Jack Pierce's inspired make-up combine to elevate this eerie study of alienation and scientific hubris far above most of the campier creature features that followed. Juice up your neck bolts for the original "Frankenstein."