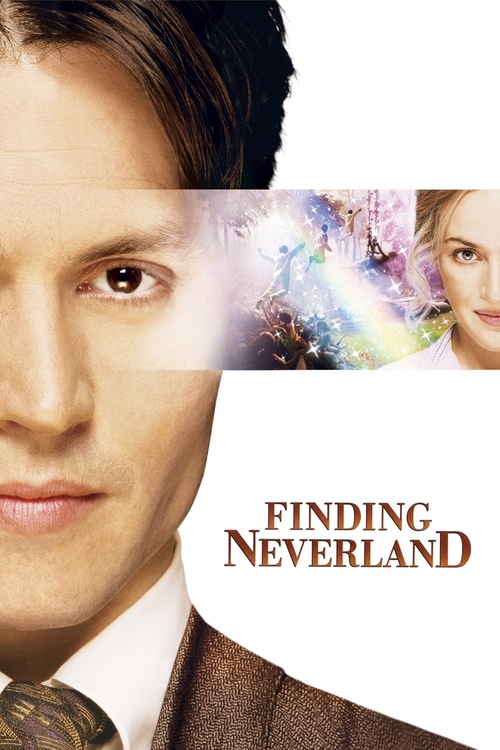 Married Scottish playwright J.M. Barrie (Depp) meets a widow, Sylvia Davies (Winslet), with four young boys. Gradually, he becomes very attached to this family, and is inspired to write "Peter Pan," an ode to everlasting youth that would become a children's classic. However, Barrie's efforts to produce the play at the Duke of York's theater in London are fraught with difficulty, even as his love for the Davies clan continues to grow.

Depp is perfectly cast in this endearing biopic about Barrie's relationship with the family who inspired his greatest and most beloved work, and his comely co-star Winslet fits the bill just as nicely. Depp has always taken eccentric roles, but here he plays the real-life writer with authentic human warmth. Forster allows us to see the world as Barrie does, depicting not just the emotional pangs (grief and the passing of loved ones is a recurrent theme in his life), but also the flights of fancy soaring in his imagination. The effect is charming. See this one with the kids, or just for your own enchantment.