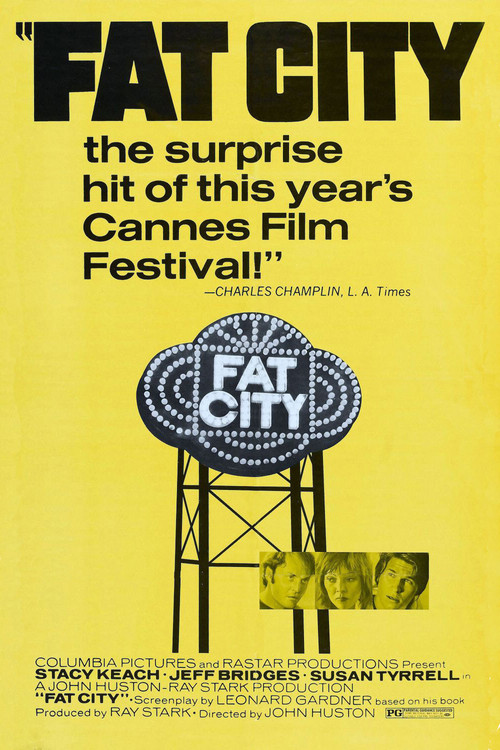 In Stockton, California, Tully (Keach), a once-promising fighter past his prime, is torn between subsisting as a migrant worker and giving the ring one last shot. As he works through this, he befriends Ernie (Bridges), a younger fighter who reminds him of his former hopeful self, and Oma (Tyrrell), a sloppy drunk in whom Tully finds a kindred lost soul.

In "City," a return to form for Huston, the director presents a spare, bleak portrait of humanity on the skids in the world of small-town boxing. Not easy or pleasant to watch, the film's impact sneaks up on you, as Huston's spot-on evocation of this down-and-out world eventually creeps under your skin. The acting bar is set high, with Keach believably tragic in the central role, and Tyrrell stealing the picture (and nabbing an Oscar nod) as the bitter, broken down Oma. Though by Hollywood standards a "small picture," "Fat City" still scores a knock-out.