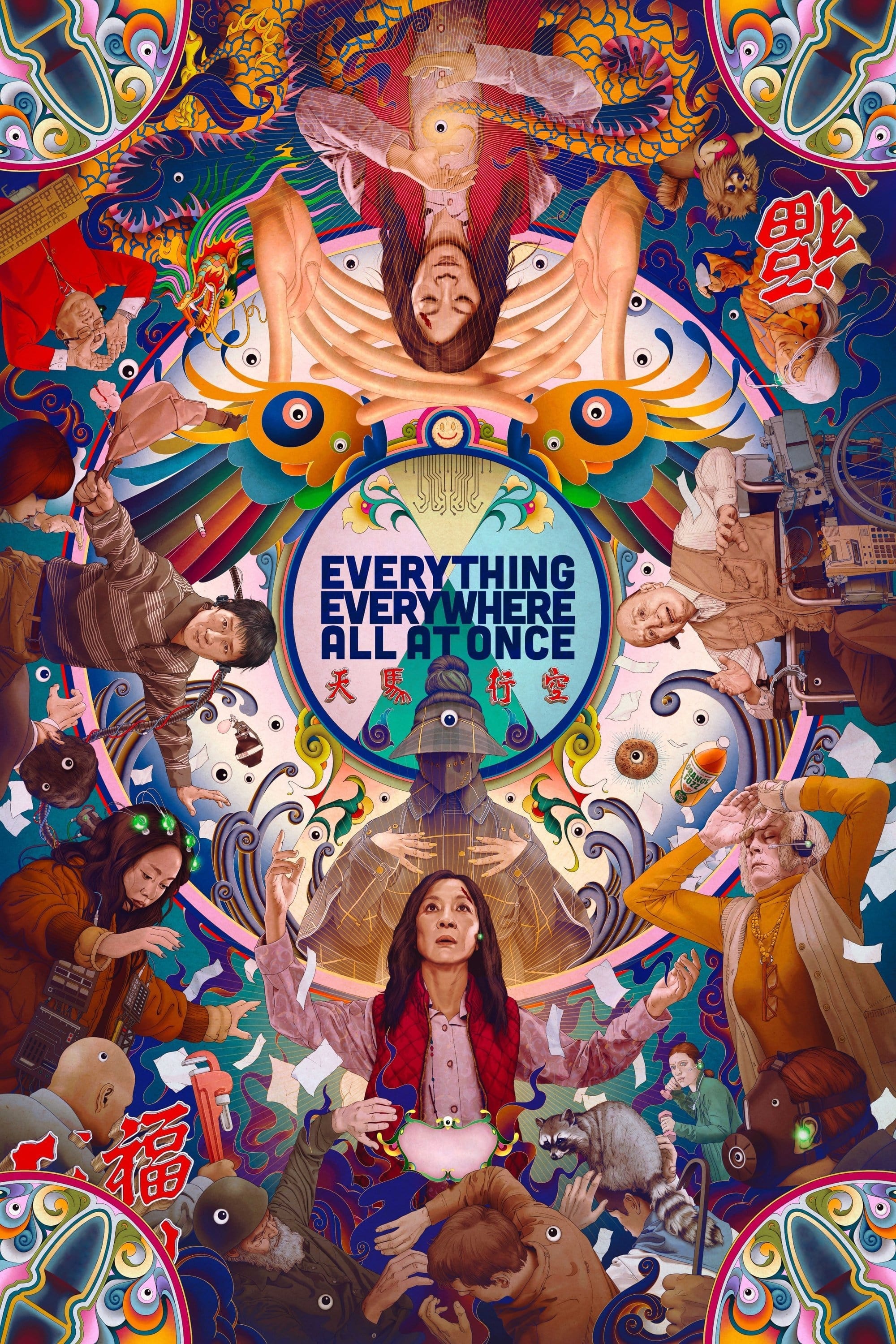 Everything Everywhere All At Once

For Chinese immigrant Evelyn Wang (Yeoh), life is a struggle. Her marriage to the wimpy Waymond (Quan) and her laundromat business are both failing, and her relationship with rebellious daughter Joy (Hsu) is strained. Evelyn’s demanding father (Hong) is a constant worry, as is the IRS in the form of sour veteran agent Deirdre Beaubeirdre (Curtis). Just when things are really headed south, everything goes topsy-turvy. A messenger takes over Waymond’s body and tells Evelyn she has been chosen to save the unseen multiverse from Jobu Tupaki, an evil force who takes over Joy’s body at will. To complete her mission, Evelyn must employ newfound powers which allow her to enter other lives and assume the skills of a kung fu master and a Benihana chef, among others. At the end of this crazy, trippy ride, she may even solve some of her issues on planet Earth.

If the plot sounds loopy, that’s no accident. It is, but the viewer should just surrender to it and enjoy all the breathless fun. The directing and writing team listed in the credits as Daniels know just what they’re doing, even if we don’t, and their wacko premise allows for a nearly continual procession of eye-popping set pieces and action scenes. At 60, veteran martial arts actress Yeoh still has all her moves, and beyond her physical grace, turns in an affecting performance as a woman carrying many worlds on her narrow but determined shoulders. Also, Curtis nearly steals the show as dragon lady Deirdre. Exuberant and inventive, with very few lulls, “Everything” lives up to its title in the best way possible.