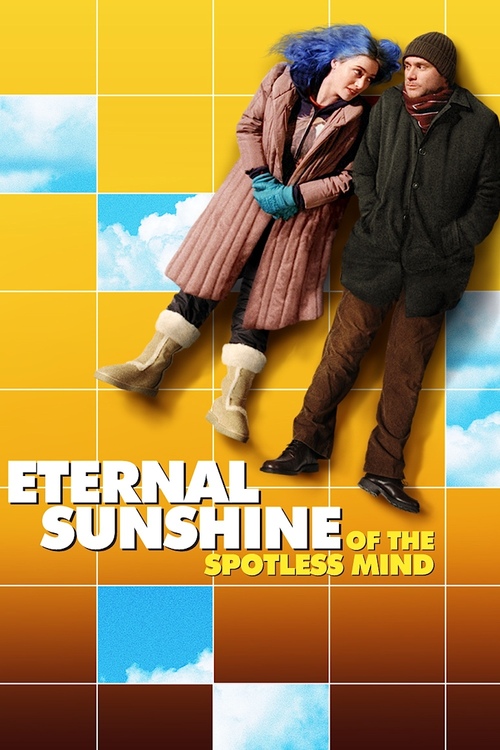 Eternal Sunshine of the Spotless Mind

Shy guy Joel Barish (Carrey) meets free-spirited Clementine Kruscynski (Winslet) and a tentative romance begins. As their relationship progresses, the impulsive Clementine has second thoughts, and learns of a medical technique whereby someone's memory of another person can be permanently erased. When she undergoes the procedure to rid herself of Joel, her heartbroken suitor decides to do the same. Yet once the process is under way, Joel regrets his decision, and feverishly works to rescue his and Clementine's relationship from oblivion.

From director Michel Gondry and the zany brain of writer Charlie Kaufman comes a wildly imaginative, thought-provoking fable about the vagaries of love. Gondry and Kaufman's loopy romance really clicks; we're dazzled by the visual fantasy involved in Joel's sudden decision to retain a subconscious remnant of Clementine. Performances are uniformly strong, including Mark Ruffalo, Kirsten Dunst, and Tom Wilkinson, with a surprisingly restrained Carrey and suitably kooky Winslet the real stand-outs. An exhilarating, moving film about the ridiculous lengths people go to in order to forget the past — and reclaim it.

Eternity and a Day