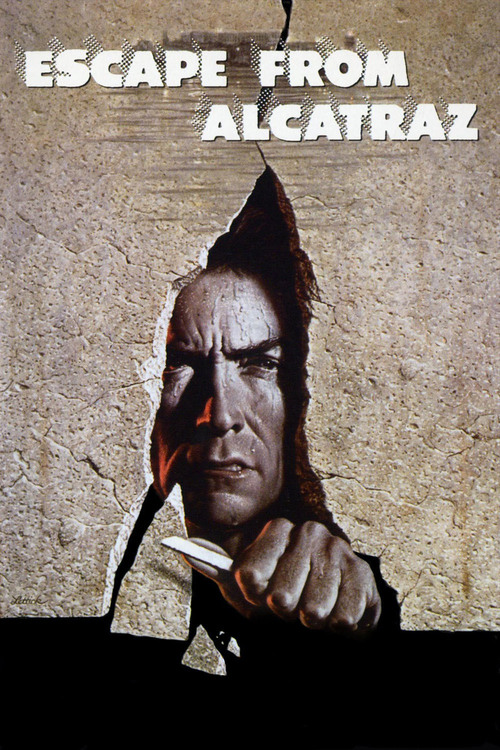 Newly arrived at "the Rock," veteran convict Frank Morris (Eastwood) is informed by the smug warden (McGoohan) that he can forget all about escaping Alcatraz: no one ever has — and no one ever will. Morris, adept at breaking out of other federal prisons, immediately sets out to prove him wrong, befriending a handful of inmates he thinks are best equipped to help him.

Based on a true story about the men whose 1962 escape from the San Francisco maximum-security penitentiary ushered in its demise, this thrilling prison-break tale by "Dirty Harry" director Siegel has all the elements of a great action film. And Eastwood, laconic as ever, is captivating as the brains behind the plan. His scenes with McGoohan, though brief, are thick with psychological tension. Though "Alcatraz" takes its time building to the climactic bust-out attempt by Morris's team, Siegel never lets your nerves rest. "Escape" is one film worth breaking into.

Eternal Sunshine of the Spotless Mind