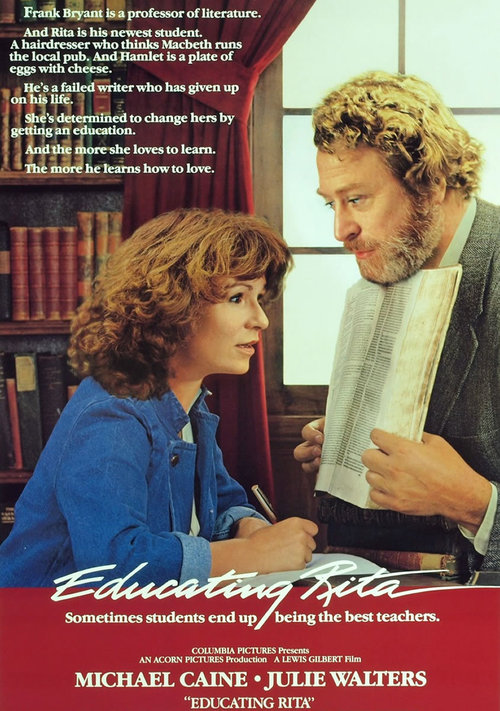 When married, working-class hairdresser Rita (Walters) decides to enroll in an adult-ed program at Open University, she chooses as her tutor alcoholic English professor Frank Bryant (Caine), whose wife has just left him for a colleague. As Rita's confidence grows under Bryant's boozy, indiscreet instruction, an unlikely romance begins to blossom between teacher and student, one where the professor becomes the pupil.

Based on the stage play by Willy Russell, this buoyant, tartly funny drama of love, class, heartbreak, and literary aspiration reunites "Alfie" director Lewis Gilbert with his ruffled, effortlessly charming star, Michael Caine. Walters, who earned an Oscar nod for her performance, is a delight as the coarse Cockney out to better herself, but the movie really succeeds due to Caine's curmudgeonly turn as the dissolute, world-weary scholar in need of some personal discipline. School's out for most of us, but "Educating Rita" is a bittersweet crash course in life's poignant curriculum.