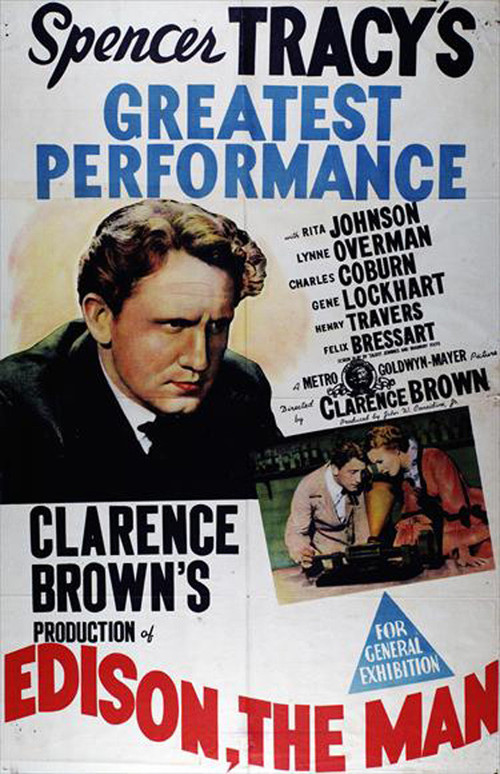 This biopic of the great inventor begins with his arrival in New York City as a promising young scientist, and concludes with the inauguration of the incandescent light bulb in a dramatic live test in Manhattan. We see the highly ambitious Edison (Tracy) struggling to get established at the beginning of his career, his marriage to Mary Stilwell (Johnson), the establishment of his Menlo Park laboratory, the invention of the Dictaphone, and more. The film's longest segment is devoted to Edison's endless, painfully public struggle to harness electricity for the creation of better, safer illumination.

Tracy gives one of his warmest performances in this engaging, entertaining look at the legendary tinkerer's outsize life and career. Not surprisingly, the film mainly focuses on the great man's work, and builds considerable suspense around his most ambitious and far-reaching effort: the search for the key to electric light. Actor Tracy, who both revered and resembled Edison, was really behind this picture, and genuinely puzzled when it didn't receive more Oscar nominations (it earned just one, for original story). Viewing it today, so are we. Watch this underrated movie, and see the light.