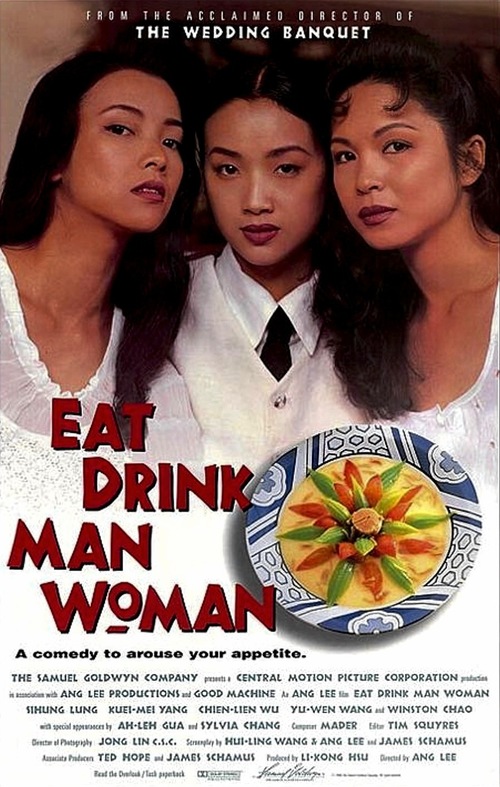 This wise, knowing film concerns a widowed, tradition-bound master chef, Chu (Lung), who can no longer taste his own food. Chu struggles to accept the life choices of his very different three daughters, devout Jia-Jen (Yang), workaholic Jia-Chien (Wu), and sexually promiscuous, under-achieving Jia-Ning (Wang). The chasm in attitudes and understanding between generations is made painfully, often humorously, evident at Chu's sumptuous weekly dinner, which the whole family is forced to attend.

Though the film is Taiwanese, the emotions and issues feel universal, as captured by "Brokeback Mountain" director Lee. Exploring the conflicts and disappointments that arise in the daughters' personal lives and how they get reflected in their father's old-world expectations, this film is as much about family as food, though the magnificent kitchen scenes may have you phoning for Chinese take-out even before the closing titles. Dig in!