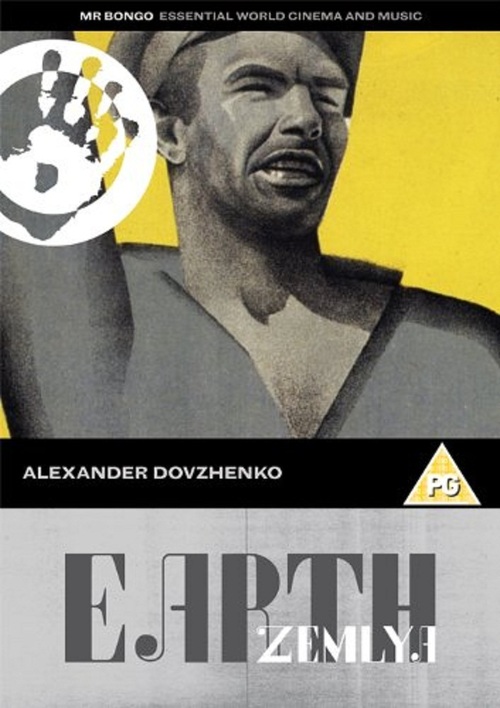 Dovzhenko's silent masterpiece concerns the struggle of a group of peasants in the Ukraine, led by activist Vasili (Svashenko), who seek to collectivize their farms. The purchase of a tractor signals a transition to a more modern and efficient way of living off the land. Standing in their way of their ongoing progress is rich landowner Thomas Whitehorse (Masohka) and his greedy gang, who view collectivism as a threat.

Long recognized as one of the groundbreaking early masters of silent cinema, Dovzhenko managed to craft films of extraordinary creativity, even if his first allegiance was to the Soviet Communist Party. As its story of a peasant revolt unfolds, "Earth" first extols the nobility of the rural underclass in its sequence of an elderly ox herder's death, then celebrates the miracle of nature with almost surreal imagery of pastoral Ukrainian fields. Then there's the justly famous arrival-of-the-tractor montage, a kinetic scene that adds to the strange, lyrical beauty of this homage to both Bolshevik pride and nature's cosmic vitality. Love, death, fertility and social transformation — all cohere in this astonishing and gorgeous film.