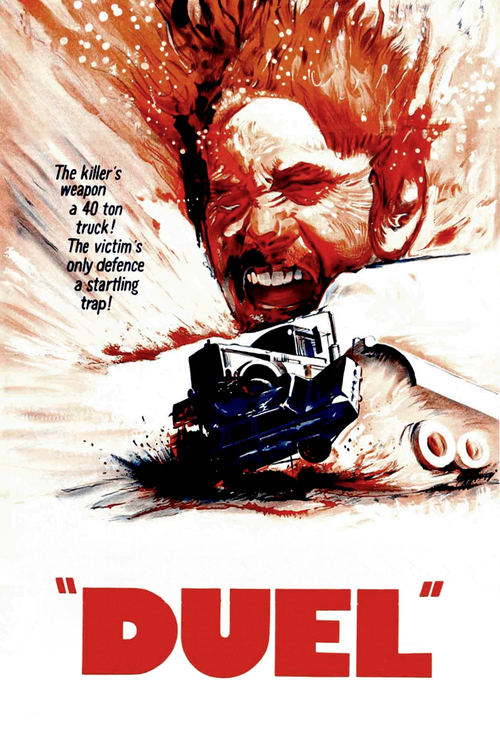 David Mann (Dennis Weaver, best remembered as TV's "McCloud" in the 1970s) is your typical traveling salesman, having the least typical of road trips. Impatient to reach his destination, David has passed an enormous, smoke-spewing truck on a narrow, isolated road. Big mistake: now he can't shake the vehicle. It seems to have a will all its own – and it's intent on David's destruction.

Immortal screen director Spielberg's first full-length film was actually for television, but never mind – it's still a grabber. Absent his later massive Hollywood budgets, the director's special knack for building tension is still evident, resulting in a spare, ingenious thriller that was nominated for a Golden Globe. Weaver is excellent as the rattled David. For God's sake, Dave – get off the road!