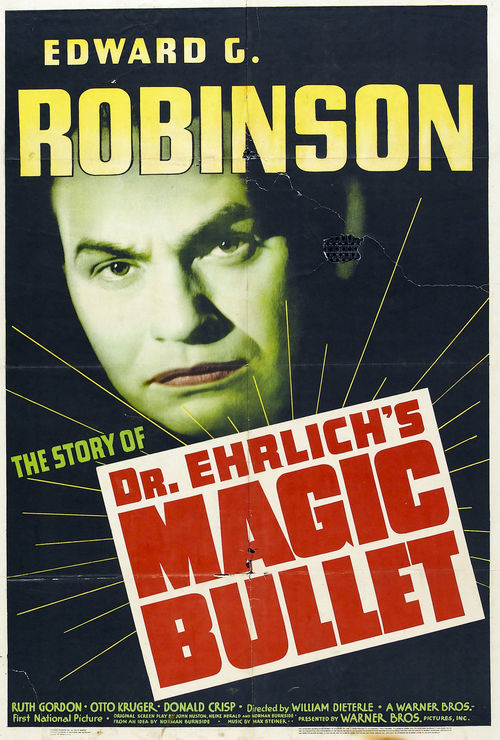 At the turn of the twentieth century, Paul Ehrlich (Robinson) is a simple hospital doctor in Germany, weary of prescribing treatments he knows won’t cure his patients. Convinced there must be better solutions to the medical ills of the day, he obsessively researches and experiments in his spare time. When he makes a major discovery about the nature of bacteria and brings it to the attention of the scientific academy, the course of his life — and of history — is altered forever.

This superbly executed biopic turns the scientific minutiae of Ehrlich’s work (a legacy that would include cures for diphtheria and syphilis) into thrilling drama. Director Dieterle excelled at crafting humane, visually fascinating biopics, and here he’s perfectly served by Robinson, who delivers a warm, compelling portrait of the kind of man he wasn’t often asked to play. Also look for Ruth Gordon in an early role as Ehlich’s devoted wife. With its crisp, intelligent Oscar-nominated screenplay, this one’s a cure-all for those in need of great cinema.