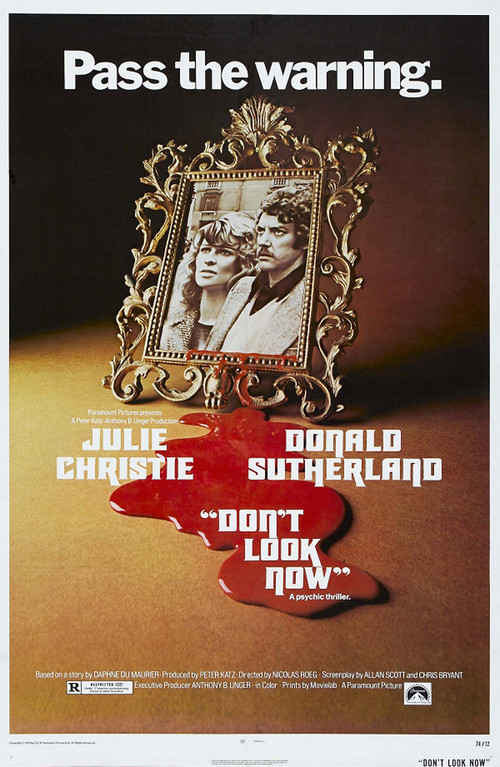 After the drowning death of their young daughter, British couple John and Laura Baxter (Sutherland and Christie) travel to the ancient port city of Venice, where John is overseeing the restoration of a dilapidated church. Rather than provide a respite from tragedy, the old city seems only to reinforce a sense of uneasiness and dread. When two old sisters (Hilary Mason and Clelia Matania) approach them claiming to have had psychic contact with their dead child, Laura wants to believe them, but John's rational outlook makes him resist — even as he starts having bizarre visions of his own.

Based on a ghost story by Daphne du Maurier, Nicolas Roeg's spooky, enigmatic thriller offers just the right mix of surreal intensity and emotional distress. Roeg gets a lot of mileage out of the labyrinthine streets and murky canals of Venice, which has an otherworldly atmosphere all its own. When John catches a glimpse of a tiny, red-coated figure darting in and out of blind alleys, the hairs on your neck will stand at attention. Definitely not for all tastes, but an arty, eerie entry for those seeking something different. Note: not appropriate for kids, mainly due to one memorably steamy sex scene.

Dona Flor and Her Two Husbands