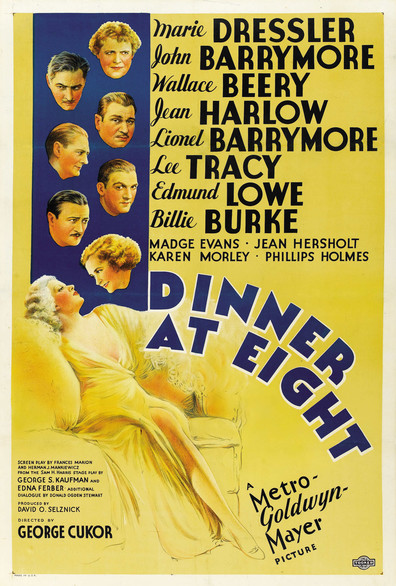 Flighty Millicent Jordan (Burke) plans a dinner honoring visiting British nobility, blissfully unaware of business reversals experienced by husband Oliver (Lionel Barrymore), or her willful daughter's affair with washed-up star Larry Renault (John Barrymore). Among the dinner's guests are crude tycoon Dan Packard (Beery) with whom Oliver hopes to do business, his social-climbing wife Kitty (Harlow), and retired stage actress Carlotta Vance (Dressler). Not everything goes as planned, but the evening will be anything but dull.

Sharp ensemble piece (scripted by Edna Ferber and Herman J. Mankiewicz) gets the full MGM treatment, with peerless direction by Cukor and uniformly fine work from the stars. Both Barrymores are particularly good, along with the fabulous Dressler, whose final line caps a sublime evening out. Don't miss this grand old chestnut.