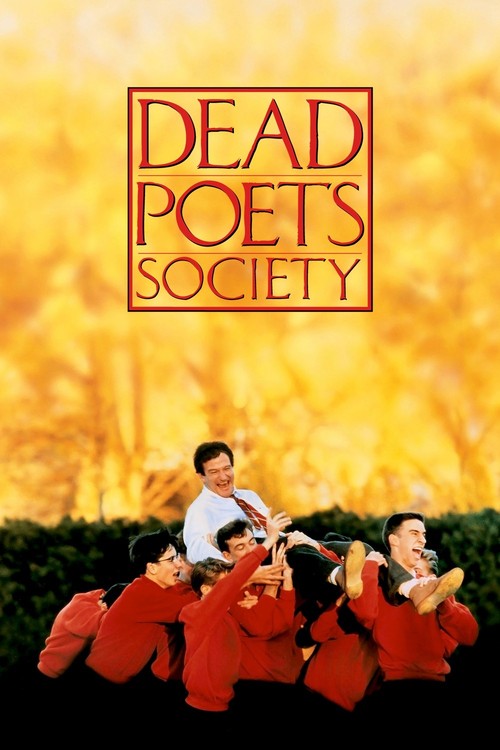 Young, exuberant English teacher John Keating (Williams) arrives at staid Welton Academy, prepared to inspire in his students a love for great poetry. However, it’s not long before his unorthodox teaching methods prove threatening to the school’s administration. In particular, gifted student Neil Perry (Leonard) takes to heart Keating’s exhortation to “seize the day,” enrolling in a play against his strict father’s wishes and re-inaugurating the secret “Dead Poets Society,” which Keating himself had started as a Welton student years before. A nasty collision between Keating’s liberating approach and the school’s traditional methods seems increasingly inevitable, and there may be more than one casualty.

Weir’s touching, evocative film captures the unique feel of boarding school life in the late 1950s, and Williams’ magnetic performance as Keating reminds us of that first special teacher who actually made us excited to learn. The students, led by Leonard and Ethan Hawke, are all first-rate, as is veteran Norman Lloyd as the stern Headmaster whose time will soon be past. Both director Peter Weir and Williams were Oscar-nominated, as was the film itself, and Tom Schulman won for his original screenplay. Don’t just seize the day; seize this movie.